CII CEO to step down in shock resignation 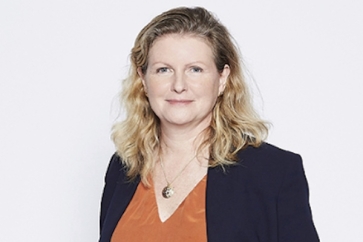 Sian Fisher, the under fire CEO of the Chartered Insurance Institute, is to step down after more than six years in the role.

Ms Fisher and the CII board have been criticised for their controversial decision to de-register the Personal Finance Society, the CII's Financial Planning arm, and for axing the role of PFS CEO.

Ms Fisher was appointed CEO in 2016. She will complete her six-month notice period and leave on 31 March, the CII said today.

Recently she launched a consultation with members on the future of the PFS and apologised for the way the PFS deregistration plans had been communicated.

Ms Fisher said: “When I joined the CII in 2016, I made a commitment to modernise the organisation during my five-year term, to make sure it was ‘fit for the future’ and supported the vital role our members play in society. I've always believed that helping advance the influence and impact of the insurance and personal finance profession, is helping advance opportunity and equality for all.

“It has been an absolute privilege to work with all my dedicated colleagues and the board to transition the CII into a more sustainable, ‘relevant, modern and diverse’ professional body.

“I look forward to spending the next six months overseeing our forthcoming membership consultation – Shaping the Future Together – and supporting the transition to a successor who will lead the next phase of the CII's development.”

A number of PFS Past Presidents, who have been leading the campaign against PFS deregistration, will be issuing a statement soon regretting the departure of Ms Fisher but stating that their campaign to retain the PFS as a semi-autonomous organisation will continue.

Ms Fisher’s term would have finished at the end of 2020, but with the impact of Covid and the arrival of a new CII chair in July 2020, she offered to extend her tenure.

CII chair Dr Helen Phillips said: “Sian has led the CII at a pivotal time and as a board we are enormously grateful to her for all that she has achieved. We look forward to evolving her legacy, with a clear focus on building public trust and helping our members to support their clients in becoming more financially resilient.

“I want to thank Sian personally, it has been a privilege and a delight to work with someone whose intellectual agility and commitment to the CII is matched only by her integrity, graciousness and unerring good humour. I look forward to continuing to work together over the next six months.”

The CII says that Ms Fisher’s decision to step down has been timed to cover the full period of the forthcoming membership consultation – Shaping the Future Together – which is due to launch this month and conclude in Q1 2022.

The CII says the board will seek a successor to Ms Fisher, to "take forward the board’s refreshed strategy and resulting five-year plan."

It is not yet clear if the PFS deregistration plans - effectively ending the PFS's position as a separate company - will go ahead. Ms Fisher has said in the past that any plans for the PFS would be put on hold during the consultation process. However changes have already been made to the PFS management with popular PFS CEO Keith Richards leaving the organisation earlier this year.

Prior to becoming the CII CEO, Ms Fisher was also Vice President from 2003 to 2009 and served on the board from 2004 to 2010, when she chaired the General Insurance Working Group set up to reshape the qualification framework. She is is also a long-standing member of the Insurance Institute of London.

• This is a breaking story. More details will be added shortly so check back soon.