Register for Financial Planning Today website for FREE to view more stories and get our daily newsletters. Click on 2 stories to see Registration pop up.
Wednesday, 06 October 2021 07:29 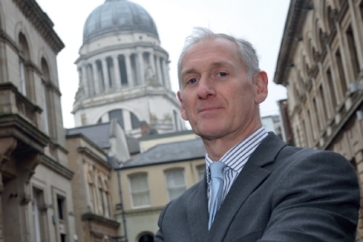 The company was dissolved on 22 June, just eight years after the firm was founded by former Paraplanner Martin Vaughan.

The FSCS declared the firm in default on 29 September.

The DFM also traded as Clear Advice and Kalis Capital.

Clear Capital Management was de-authorised by the Financial Conduct Authority on 27 July, five weeks after the company was dissolved.

A visit by the regulator at the end of the 2019 financial year had previously led to the firm agreeing not to use some of its FCA permissions without prior consent.

As a result of these restrictions the firm said in its most recent financial results that it was planning to focus on the financial advice part of its business which were not subject to permission restrictions.

In April 2019 the firm was subject to restrictions from the FCA that prevented it from dealing in investments as an agent, managing investments, or managing unauthorised alternative investment funds without permission from the regulator.

It was also subject to an asset retention order from the regulator which prevented the firm from disposing or dealing with assets without permission.

Anyone with potential claims against Clear Capital Management, Clear Advice or Kalis Capital can visit https://claims.fscs.org.uk/.

The FSCS has so far helped more than 5m people in total since 2001.