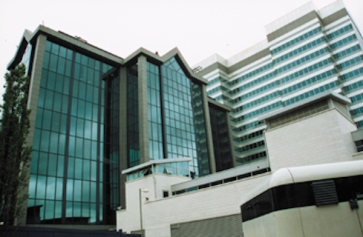 The HQ for the Financial Ombudsman Service

The Financial Ombudsman Service has upheld two complaints about Integrity IFA’s advice involving unregulated investments in SIPPs and scolded the advice firm for ignoring clients and the ombudsman.

The ombudsman ruled against Integrity in two separate complaints involving unregulated investments in SIPPs after the firm failed to respond to both clients and the ombudsman.

A Mr E complained about the advice given to him by the firm to switch his pension to a SIPP and to invest in a Colonial Capital Housing Bond.

The SIPP was set up and funds of just over £14,000 from Mr E’s existing pension were transferred to it. The SIPP provider later arranged for £10,000 to be transferred to Colonial for the investment.

In March 2017 Colonial went into administration. The liquidator’s report in 2019 said it was unlikely that any dividend would be paid to non-preferential unsecured creditors. This meant Mr E effectively lost his entire investment.

In January 2020 Mr E complained to Integrity as he felt the advice he received in 2015 was unsuitable. He did not receive a response from Integrity so referred the matter to the ombudsman.

The FOS investigator concluded that the complaint should be upheld as he thought the advice Mr E received was unsuitable.

The ombudsman said that Integrity should compensate Mr E to put him back in the position the investment would be worth at the end date if it produced a return using the benchmark.

The second complaint in which the ombudsman ruled against Integrity was from a Mrs M.

Mrs M was introduced to Integrity IFA Ltd in 2014 to review her existing pension arrangements. Mrs M says she was looking for growth but had a low attitude to risk as she was relying on this pension to top up her work and state pension. Mrs M was 52 at the time and says she wanted to retire in around six years.

Mrs M said she was advised to switch her personal pension to a SIPP and set up a monthly contribution of £103. In December 2014, £57,409.39 was transferred to the new SIPP and shortly afterwards unregulated investments were made into ABC Bond (£10,000) and Residential Regeneration Bond (£10,000).

In February 2020 Mrs M complained to Integrity that some of her investments were illiquid and she could not withdraw her funds. Integrity IFA did not respond so the complaint was referred to the ombudsman.

As Integrity did not respond to the ombudsman, based on the limited information provided by Mrs M and the SIPP provider, the investigator upheld the complaint on the basis that the SIPP was not suitable for Mrs M as it was a more expensive arrangement and it would have required her to take more risk with her funds than she was able to tolerate.

The investigator also said that Mrs M’s attitude to risk was most likely low, and the investments recommended were far too high risk for her.

The FOS recommended Mrs M should be compensated by comparing her position now to that of a benchmark in keeping with her attitude to risk. Integrity was also ordered to pay £350 to Mrs M for the trouble and upset caused.

Integrity did not respond to the views of the investigator in either case so both final decisions were upheld.

In the decision document for Mrs M, the FOS criticised Integrity for its approach towards the cases and said there is “no reasonable explanation as to why Integrity IFA has not responded to our requests for information or the investigator’s view on the case” after the firm failed to respond by phone or email to any communications sent since March.

More in this category: « Surge in IFAs ranking ESG as ‘important’ for clients 8 in 10 Woodford investors suffered negative impact »
back to top