Register for Financial Planning Today website for FREE to view more stories and get our daily newsletters. Click on 2 stories to see Registration pop up.
Friday, 15 October 2021 07:08 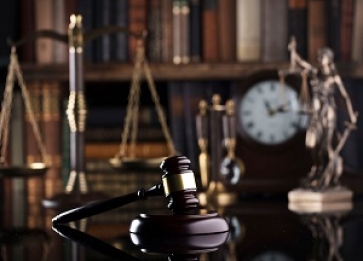 A number of professions have been suffering with this issue.

The data from the Judicial Pension Scheme was accessed by wealth manager Quilter via a freedom of information request to the Ministry of Justice.

There is currently an open consultation looking at creating a new pension scheme for the judiciary in 2022.

The new scheme will be a tax-unregistered scheme, meaning benefits accrued in the scheme do not count towards either the annual allowance or lifetime allowance limits.

A number of professions have been suffering with this issue. NHS staff have been particularly badly affected, where senior clinicians are facing huge tax bills and are choosing to do fewer hours as a result of the government’s pension annual allowance taper.

Phil Carroll, director at Quilter Financial Planning, said: “Since the rules around the annual allowance were changed, we have seen a slew of senior members of key public services impacted. The most notable profession impacted was doctors who were declining extra shifts to avoid spiralling tax bills.

“It is laudable that the government have recognised this issue and are making significant changes to try and rectify it. However, this is not a problem exclusive to the judiciary and more needs to be done to help public sector workers across the board.

“This tax reform was introduced to reduce government expenditure on pension tax relief for high earners but has since had significant unintended consequences on public sector pensions. The tapered annual allowance has caused significant problems in the public sector.”

The annual allowance restricts the amount individuals can save into a pension in any year before facing a tax charge. In 2010/11 the annual limit was over £250,000 but now stands at just £40,000.

Contributions above the annual allowance are subject to a tax charge can paid for under a ‘scheme pays’ arrangement, leading to a reduction in pension benefits. They can alternatively be paid for by the saver directly.

For higher earners an additional ‘taper’ introduced in 2016 brings the allowance down further.

The taper sees savers lose £1 from the annual allowance for every £2 of ‘adjusted income’ over £240,000, with complex rules involved in calculating the ‘threshold’ and ‘adjusted’ income to determine who is subject to the taper. It reduces down to £4,000 for individuals with total earnings of £312,000 or more.

In 2020, the threshold income was raised to £200,000 after concerns the taper was contributing to a staffing crisis in the NHS.