Register for Financial Planning Today website for FREE to view more stories and get our daily newsletters. Click on 2 stories to see Registration pop up.
Monday, 18 October 2021 08:50 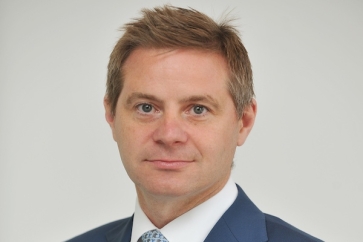 Assets under management jumped from £98bn to £111.4bn at Schroders JV & associates in the three months to 30 September.

Assets for the separate wealth management division, which includes Financial Planning arm Schroders Personal Wealth, rose from £76.3bn to £78.3bn over the quarter.

Mr Duckworth, who was formerly the chief executive of advice network Openwork, became SPW’s third chief executive in 12 months when he took up his role in September 2020. He replaced Peter Hetherington who stepped down after eight months in the job. His predecessor James Rainbow moved to become Schroders’ UK and Latin America distribution head last October before returning temporarily as interim CEO after Mr Hetherington’s exit.

Schroders Personal Wealth has reiterated its ambition to become “a leading wealth management business in the UK” at several points during the past year.

The firm saw a 133% increase in referrals for the first half of 2021 (compared to H1 2020). The firm reported net inflows of £0.1bn, as the level of client referrals continued to increase.

Last month SPW announced that it has expanded into Leeds with the opening of an operational base in the city centre.

The office will act as the regional hub to service SPW’s clients in Yorkshire and the North East.

SPW has recently established other offices and hubs in Cardiff, Bristol, Horsham, Cambridge, Oxford, Edinburgh, Exeter and Manchester. An office in Birmingham is due to open this month.

• Editor's Note: Some figures for AUM for Schroders Personal Wealth were incorrectly reported in an earlier version of this story. They have now been corrected. Apologies for the error.

More in this category: « Chartered Planner calls on FCA to review risk definition L&G to merge insurance and pension arms »
back to top