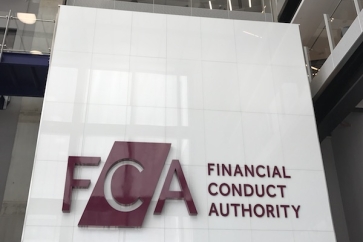 The Financial Conduct Authority has fined Credit Suisse £147m for serious financial crime due diligence failings over £940m of “tainted” loans to Mozambique.

The regulator says that Credit Suisse has also agreed with the FCA to forgive £145m of debt owed by the Republic of Mozambique.

The loans to the Republic of Mozambique and a bond exchange were “tainted by corruption,” the FCA said.

Between October 2012 to March 2016, Credit Suisse failed to properly manage the risk of financial crime within its emerging markets business.

The failure came despite information that there was an unacceptable risk of bribery associated with two Mozambican loans and a bond exchange related to government-sponsored projects.

The bank was aware Mozambique was a jurisdiction where the risk of corruption of government officials was high and that the projects were not subject to public scrutiny or formal procurement processes. The contractor engaged by Mozambique on the projects was described as a “master of kickbacks”.

The contractor secretly paid significant kickbacks, estimated at over £36m, to members of Credit Suisse’s deal team, including two managing directors, to secure the loans at more favourable terms.

Credit Suisse employees were said to have taken steps to “deliberately conceal” the kickbacks and there was a failure of Credit Suisse control functions and senior committees to challenge the potential corruption.

The Republic of Mozambique has subsequently claimed that the minimum total of bribes paid in respect of the two loans was nearly £100m.

The FCA fine is part of an approximate US$475m (£344m) global resolution agreement announced yesterday involving the US Department of Justice, the US Securities and Exchange Commission, and the Swiss Financial Market Supervisory Authority (FINMA).

The FCA took into account Credit Suisse’s undertaking to forgive US$200m (£145m) of debt owed by the Republic of Mozambique when determining its financial penalty. Credit Suisse also agreed to resolve this case with the FCA, qualifying it for a 30% discount in the overall penalty. Without the debt relief and this discount, the FCA would have imposed a significantly larger financial penalty.

Mark Steward, executive director of enforcement and market oversight at the FCA, said: “The FCA’s fine reflects the impact of these tainted transactions which included a debt crisis and economic harm for the people of Mozambique.”