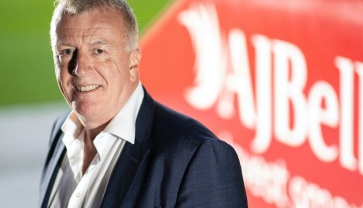 Overall platform net inflows increased by 43% year on year to £7bn as direct to consumer net inflows rose 52% to £3.2bn, according to a trading update from the firm.

The majority of the growth in the direct-to-consumer market was in ISAs and pensions, according to the firm.

Total customer numbers across both the platform and investment businesses increased by 30% in the year with total assets under administration increasing 29% to close at £72.8bn (FY20: £56.5bn).

In the trading update, AJ Bell said it believed that £3.8bn of advised net inflows demonstrated the “breadth and value” of the platform.

Andy Bell, CEO at AJ Bell, said the growth in the final quarter for the platform was particularly marked when compared to 2020.

He said: “Following the gradual easing of Covid restrictions over the course of the summer, we have seen retail trading activity return to more normal levels compared to the peaks seen earlier in the year. However, we are pleased that our key drivers of long-term growth, namely customer numbers and net inflows, have continued strongly.

“In the final quarter of our financial year, net new platform customers increased by 16% and platform net inflows increased by 78% compared to the equivalent quarter in 2020.”

He added that the managed portfolio service is growing in popularity with Financial Planners and is one of the drivers behind why the platform released the service to four external platforms. The MPS had previously only been available to financial advisers via the AJ Bell Investcentre.

More in this category: « SJP gross inflows leap by nearly £1.3bn in Q3 Planners split on role of diversity programmes »
back to top