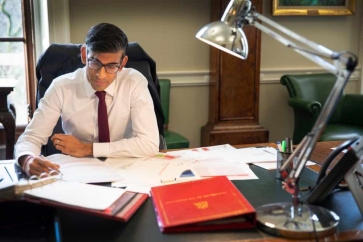 Chancellor Rishi Sunak will deliver his Spending Review and Autumn Budget this week at lunchtime on Wednesday, 27 October.

The Treasury says the Spending Review will set out plans for public spending over the next three years.

The Chancellor launched his Spending Review on 7 September and it will conclude it on 27 October when he announces his plans.

It’s believed the Chancellor will announce extra spending on regional transport and the NHS but it is unclear yet whether extra taxes will be needed to pay for it.

At the Spending Review, Mr Sunak will focus on its Build Back Better strategy. Key areas for improvement will be:

Chancellor of the Exchequer Rishi Sunak, said last month: “Despite the worst economic recession in 300 years, we have not only got people back into work through the Plan for Jobs but continued to deliver on the priorities of the British people. At the Spending Review, I will set out how we will continue to invest in public services and drive growth while keeping the public finances on a sustainable path.”

Businesses have expressed concern about a potential rise in taxes to pay for the spending plans.

The government has already announced it will raise additional revenue through the new Health and Social Care Levy and will increase dividend tax rates. It has also temporarily reduced the pensions Triple Lock to a Double Lock to save money.

While the government is expected to announce spending increases in many areas it has also announced that departments have been asked to identify at least 5% “savings and efficiencies” from their day-to-day budgets.

There have been many calls for Budget changes. The savings body TISA has called for the adoption of Digital IDs for individuals, better financial guidance, improved auto enrolment pensions to allow 18-year-olds to join and a simpler ISA regime.

•Financial Planning Today will be covering the Budget from 12.30 pm on Wednesday.