Taxpayers should be on 'high alert' – AJ Bell 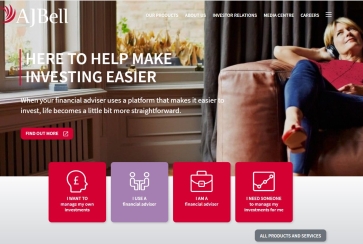 The UK needs to be on “red alert” due to working taxpayers taking the worst hit from the Autumn Budget, according to AJ Bell.

The Budget makes it more important than ever for savers and investors to use tax shelters, the platform said.

While savers and investors avoided the feared increase in Capital Gains Tax, most will still be hit by tax increases over the next 5 years according to Laith Khalaf, head of investment analysis at AJ Bell.

Mr Khalaf said: “For savers and investors, there was no feared CGT increase, though dividend tax is increasing by 1.25% as part of the government’s plans to fund Health and Social Care, and this is expected to raise over £3 billion in taxes over the next five years.

"Almost everybody in the country needs to be on red alert for fiscal drag, because inflation has turbocharged the Chancellor’s decision to freeze personal tax allowances, which was announced in the last Budget.

“Working taxpayers are going to find themselves paying significantly more tax as they earn more, and that’s set to be the case for the next five years. This, of course, makes it more important than ever to use tax shelters like ISAs and SIPPs to their maximum effect.”

According to the Office for Budget Responsibility (OBR) the tax burden is now at its highest level since the 1950s when Clement Attlee was in power.

Mr Khalaf added that he now believes interest rate rises are even more likely following the Chancellors speech: “Inflation raised its head in the Budget speech pretty early on, and the Chancellor took the unusual step of using the despatch box to reaffirm the Bank of England’s inflation target.

“The pressure is now cranking up on the interest rate committee, because not only is inflation already above target, but the Chancellor’s now announced a further round of inflationary policies, such as increases to the minimum wage and public sector pay packets. That now makes an interest rate rise this year even more likely.”

According to The Resolution Foundation the richest fifth of households will suffer a 3.1% hit to take-home income by the middle of the decade. The think tank added that households on middle incomes will pay £3,000 more tax a year as a result of measures introduced since Prime Minister Boris Johnson came to power.