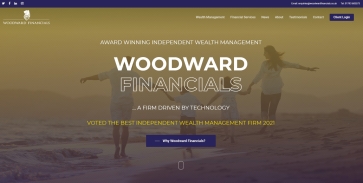 David Woodward, managing director of Woodward Financials, said: “There are many parents who give up time to help their children succeed and achieve their goals, those that go on to compete on the world stage become role models for others and I am very keen to promote this.

“Megan who is already a role model and trainer for my children and I was allowed the opportunity to witness her, unique engagement with her students. Her skill, determination, and commitment, help me decide who would carry our leading wealth management brand.”

A 20-year-old dressage rider from the North East of England, Ms Brown will be competing at Prestige Equine in late November and Prix St Georges in 2022. She hopes to represent Great Britain at the 2028 Olympics to be held in Los Angeles.

Dressage is one of three equestrian sports competed in at the Olympics. Dressage involved demonstrating a horse’s training by performing a set of prescribed precise movements in front of a panel of judges. As it is often performed to music it is often described as “horse dancing”.

Woodward Financials is headquartered in Windsor with additional offices in Swindon, Newbury and Cheltenham as well as support offices in Wiltshire.

The firm launched an algorithm-drive investment advice service for clients in May which took the firm five years to develop. Woodward said its new service is aimed at clients willing to pay more for an enhanced service and the possibility of better returns using the trademarked algorithm.