Succession Wealth up for sale - reports 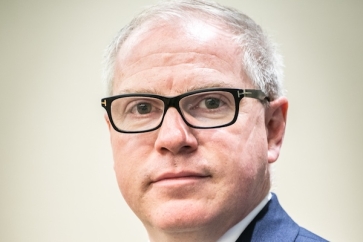 Financial Planning-focused wealth manager Succession Wealth is reportedly up for sale for approximately £400m, according to Sky News.

Sky News has reported today that the company’s private equity majority shareholders Inflexion are carrying out a review of options for the group.

One option could include a sale.

The firm was set up by industry legend Simon Chamberlain who died in 2017.

The firm has itself acquired many Financial Planning businesses over the past decade but had to furlough some staff during the pandemic.

The senior management team has also undergone several changes in the past few years.

Sky News says that Inflexion, a private equity firm which took a controlling stake in 2014, is expected to launch an auction of Succession early next year.

Succession has about £8.2bn in assets under administration and is one of the UK's biggest wealth managers.

The company is run by James Stevensons who joined Succession six and half years ago from Sesame Bankhall Group.

In recent years the company has tried to expand into new areas, launching Succession Sports & Entertainment, a specialist advice arm for sporting and entertainment professionals, earlier this year. The new advice arm plans to offer established and young professionals financial advice and education as well as offering Financial Planning advice to retired professionals.

• This is a developing story. Check back for updates.

More in this category: « Trustees get new powers to halt suspicious transfers Tilney acquires Northumberland Financial Planner »
back to top