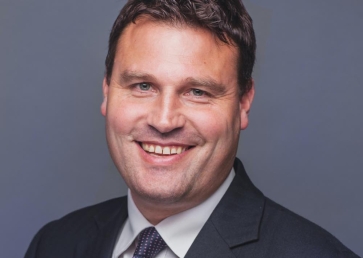 Almost half (45%) of over-55s think that making family wait until after their death for an inheritance payout is wrong.

Over half (53%) want to see tax incentives to encourage giving money to family earlier, according to a new study.

The study also found that under-40s are becoming increasingly dependent on early inheritances.

More than 2 in 5 (41%) of under-40s surveyed by equity release adviser Key said they would have given up getting on the property ladder without family help.

Over half (56%) said they want the Government to do more to tackle the inter-generational financial divide.

The biggest threat identified to early inheritances in the research was concerns among over-55s about the cost of care.

Almost half (46%) of over-55s surveyed said they feared funding care needs in later life would stop them from being able to leave money to family.

A third (31%) said retirement income worries may stop them leaving an inheritance at all.

Will Hale, CEO at Key, said: “While the recent budget did not tackle this issue, both the older and younger generations are keen to see more support for choices that promote inter-generational fairness. Indeed, while the over-55 know that they need to consider their own retirement finances and potential care costs, they also want to help children and grandchildren financially.

“A pre-inheritance which contributes towards university fees, a first home or a dream wedding can make a huge difference and – in the case of equity release - puts money back into the economy that might otherwise have sat trapped in bricks and mortar. Whether that should be formalised with tax incentives is another question but clearly the decision to increase National Insurance partially to help fund social care attracted some criticism on being unfair to younger generations and a tax incentive around encouraging pre-inheritance in certain circumstances might help balance it.”

• Opinion Matters conducted research among 2,000 UK adults on behalf of Key in August.

More in this category: « West Midlands investors most likely to get financial advice Vanguard reports surge in younger investors »
back to top