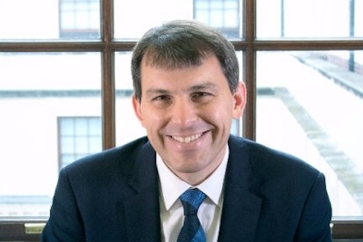 The Treasury plans to amend regulatory principles to align with the Government’s commitment to achieve a net zero economy by 2050.

In its Financial Services Future Regulatory Framework Review Proposals for Reform, the Treasury said the Government plans to amend the existing regulatory principles to ensure sustainable growth is consistent with its environmental ambitions.

It has also proposed the introduction of new secondary objectives for the Financial Conduct Authority (FCA) to, “provide for a greater focus on growth and competitiveness”.

The proposals come after the Government’s review into post-Brexit financial services regulation.

In the proposal document, the Treasury also noted that leaving the EU now allows them to hand more responsibility to financial services regulators. It said that “empowering the regulators to set the direct regulatory requirements will allow for the necessary evolution of the rulebook” to respond to developments and technologies requiring more regular amendments to the rules.

It said that this will be a gradual process as transferring the responsibility to regulators will require the Government to gradually repeal significant amounts of retained EU law to give the regulators time to replace it with the appropriate regulatory requirements in their own rulebooks.

In order to hold regulators to account with their additional powers, the Treasury added that it plans to strengthen the mechanisms underpinning the regulators’ relationship with it and Parliament. It proposes that this include a new power for the Treasury to require the regulators to review their existing rules where the Government considers that it is in the public interest.

John Glen MP, economic secretary to the Treasury, said: “This is an important moment for financial services regulation in the UK. I believe that these proposals will support our ambition to ensure that, at home and abroad, the UK’s financial services sector is recognised as the most trusted and competitive in the world. I would urge all interested stakeholders to continue to share your views, and I look forward to further engagement on these important issues.”

The Treasury has asked for responses to its consultation by 9 February.

The consultation paper is available online.