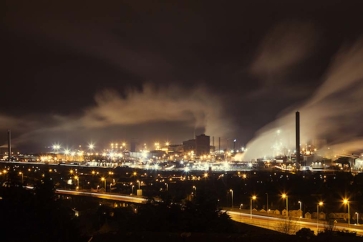 Financial Conduct Authority staff are making another trip to Wales to meet steelworkers who could be due compensation due to unsuitable DB transfer advice.

The regulator is offering one-to-one sessions for steelworkers who transferred out of the British Steel Pension Scheme (BSPS).

The FCA will be joined by the Financial Ombudsman Services, the Financial Services Compensation Scheme and MoneyHelper, at the sessions to be held from 22-25 November in Swansea.

Steelworkers can book to see the regulator, Ombudsman and FSCS or can attend on a drop-in basis to see MoneyHelper.

The FCA said sessions will tell steelworkers, “more about what the advice process should have looked like, how to make a complaint or claims, and get answers to your pension questions”.

The regulator said it will confirm further sessions for December in Scunthorpe.

The regulators previously spent three days meeting with steelworkers in Swansea in September.

The probe into pension transfers connected to the restructuring will be launched in Spring 2022 and will look at what went wrong.

The NAO says the investigation will set out the activities the FCA undertook to regulate financial advice in the BSPS case, its plans for supporting steelworkers who may be entitled to redress and the extent to which compensation is being delivered.

In 2017 the BSPS was restructured and members were given a number of alternative pensions options. These included transferring their funds out of the pension scheme.

The NAO said that about 7,700 members, many of whom received independent financial advice, took the option to transfer their pension to a different provider, representing about £2.8bn of funds.

The FCA has previously identified that many steelworkers received unsuitable advice and may have made, “poor financial choices and lost significant sums of money as a result.”

The FCA has repeatedly encouraged BSPS victims to "revisit" the advice they received and complain if they have concerns.

The controversy around the BSPS scheme has prompted a crackdown on DB transfer advice by the regulator and a significant drop in the number of financial advisory firms offering transfer advice.

More in this category: « Openwork launches share trading for partners PFS urges members to join in Talk Money Week »
back to top