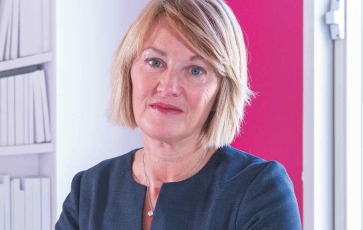 It had originally forecast a levy for the year of £1.04bn.

The FSCS said it was still necessary to raise a higher levy for next year due to higher value pension advice claims, general insurance pay-outs and failures of SIPP operators.

The FSCS said the £206m drop from the figure released in January was due to the extension of Government pandemic support schemes and lower claim volumes than expected.

The compensation body said that due to the extension of government support schemes, some firms that looked likely to fail this year could now fail in the 2022/23 financial year and beyond.

In 2020/21, the FSCS saw lower claims volumes relating to insurance failures than expected.

There were also a number of self-invested personal pension (SIPP) operator claims that the compensation body now expects to be paid in 2021/22, rather than in 2020/21.

These factors led to a surplus for the 2020/21 financial year, which has been used to offset the previously forecast £1.04bn levy.

Caroline Rainbird, chief executive of FSCS, said: “While it may be welcome news to see a lower forecast than announced in January, we do not call this a successful outcome or ‘good news’. There is still a chance that these re-forecasted failures could occur in the years ahead. We also appreciate the levy, even at this updated forecast of £833m, is too high and the cost could put pressure on firms’ finances.

“We are doing all that we can to help reduce the levy and are delaying calling for the retail pool to avoid invoicing for more than we need and to help spread the costs. Ultimately, to deliver a sustainable reduction in the levy over time, all stakeholders, including the industry, need to work together to tackle the root causes of the problem, to help drive better outcomes for consumers and a reduction in the levy.”

As a number of classes are likely to see more claims than they can be invoiced for in a year, the FSCS said the £833m levy is expected to include £116m for the retail pool. This is a separate pot that other FCA classes are required to contribute to if they have not reached their maximum levy limit, and another class has exceeded its own limit.

The FSCS said it will defer invoicing for this £116m retail pool until later in the year due to ongoing economic uncertainty. It said it will give the industry 30 days’ notice before invoices for this are issued.

PIMFA, the trade association for wealth management and financial advice, welcomed the reduction in the levy forecast but said the current levels of FSCS funding are clearly unsustainable for the industry and need to be addressed.

Liz Field, chief executive of PIMFA, said: “We are encouraged that the FSCS levy forecast us lower for the coming year – albeit an increase on the previous year. PIMFA remains absolutely clear that the current levels of FSCS funding are unsustainable for the industry and can only be addressed once the drivers of FSCS claims are suitably addressed.

“This means, as we set out in our paper on FSCS reform, improving the standard of supervision of the sector, looking at the market distortion at play as a result of the FSCS and improving the provision of intelligence sharing and ensuring that it is acted upon.

“To the FCA’s credit, they have acted upon a number of these recommendations over the past year, but it is clear to us that we will only truly begin to see the fruits of that labour in the medium to long term.”