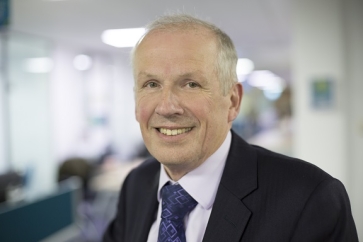 The chairman of LV= has criticised Royal London for the timing of its intervention in the mutual provider’s sale to Bain Capital.

LV= has confirmed that Royal London made another bid to buy the provider last week.

LV= announced a controversial acquisition by Bain in December but has faced resistance. Royal London had also originally expressed an interest in acquiring the provider.

Alan Cook, chairman of LV=, said he was disappointed by the timing of Royal London’s intervention just ahead of a crucial member vote on its controversial deal with Bain.

Mr Cook said: "Despite having every opportunity, Royal London failed to submit a superior best and final offer, and therefore the board unanimously concluded that the better value, certainty, investment and structure of Bain Capital's proposal would be in the best interests of our members.

"The board of LV= is clear that at no point have any of Royal London's proposals included an offer for membership rights or continuation of mutuality for LV= members, contrary to media speculation. Given this context, the board of LV= believes it is unfair and misleading to characterise any proposal from Royal London as preserving mutuality or offering a real mutual alternative.

"We are also surprised and disappointed by the timing of Royal London's intervention, which comes more than a year after we terminated our confidential discussions and is seeking to destabilise the conclusions of our comprehensive strategic review, in close proximity to what is a very important vote for our members.”

Mr Cook said LV= is attempting to “clear up the fog” for its members and remove “all the uncertainty and confusion that has been created” for members ahead of the vote on 10 December.

The board of LV= continues to unanimously recommend the transaction with Bain Capital.

The statement from LV= came after speculation that an alternative deal with Royal London could preserve the provider’s mutual status.

Yesterday Bain Capital outlined plans for LV= should the acquisition go ahead.

LV= has started the process to towards demutualisation in the latest step in its sale to Bain but members must vote in favour of the acquisition proposals.

Members are set to receive a share of £111m in one-off payments should the deal with Bain go ahead via a Part VII transfer.

This type of insurance business transfer scheme requires backing from a court hearing and members voting in favour. LV=’s articles of association need to be changed via a scheme of arrangement in order to transfer the ownership of the business to a Bain-controlled entity, effectively demutualising the provider. It also requires the backing of the Financial Conduct Authority. The regulator gave the green light to the provider last month.

Alongside the proposed £111m payment to members, Bain also projected £101m of “policy payout enhancements” for members. Total payments to members under the deal could be £212m.

Bain has committed to spending £160m on IT modernisation, business operational improvements, product development and customer service funded from operating cashflows for LV= should the deal go ahead. However critics have warned that widespread redundancies at LV= are possible.

Bain said its deal with the provider was necessary to ensure the long-term financial stability of LV= which is currently burdened with debt and large pension liabilities.