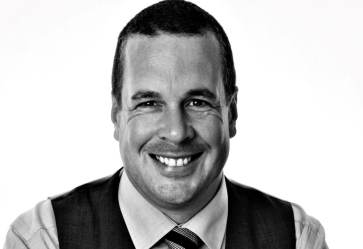 Mr Nixon had been part of the IWP group as chief executive of IWP’s Cornish hub Kelsall Steele Investment Services since June 2020.

He has over 20 years of professional experience in financial services, including at Legal & General, Sesame Bankhall Group and most recently Succession Wealth where he served as group compliance director and later Financial Planner.

A spokesperson for IWP (Independent Wealth Planners), a fast growing Financial Planning group, said: “We confirm that Wes Nixon is leaving his role of CEO of Maven Wealth Management and Kelsall Steele Investment Services. We thank him for his work in successfully integrating these firms into the IWP Group over the last eighteen months and wish him well in the future.”

In a posting on LinkedIn, Centurion director Dave Robinson said: “Centurion Chartered Financial Planners is delighted to announce that Wes Nixon is joining our team in January from national firm IWP, for which he has been performing the dual role of chief executive officer at both Truro-based Kelsall Steele Investment Services and Cardiff-based Maven Wealth Management.

“I would like to officially welcome him and his clients to our firm. Wes is a Plymouth-based Chartered Financial Planner with a broad background in regulatory compliance, goals based Financial Planning and business management.

“He is joining us to assist our long-term strategy and to focus on delivering high quality Financial Planning, particularly to our growing client and professional introducer base in Devon & Cornwall, through our existing joint venture WBW Chartered Financial Planners and potentially some new ones. He will be working with Christopher Hill FPFS and Ian Avery and the support team based in our Newton Abbot Office.”

• Looking for a new job? - try our Financial Planning Jobs hub - see below.