Register for Financial Planning Today website for FREE to view more stories and get our daily newsletters. Click on 2 stories to see Registration pop up.
Thursday, 18 November 2021 09:56 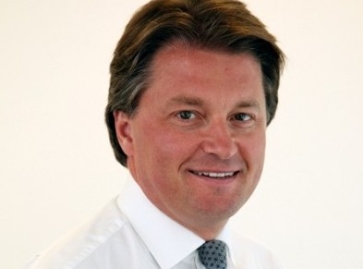 London-based MWA Financial has acquired Essex-based CHC Wealth Management as part of a strategy to become a national IFA firm.

The deal follows the acquisition of Hampshire-based Prosperity Financial Advisors & Stockbrokers in March and takes MWA’s assets under influence to £380m and adviser headcount to 19.

Under the deal, CHC will retain its name, location and all members of staff, with Neil Manning becoming principal wealth adviser at the firm.

Under the terms of the agreement Clemence Hoar Cummings will also become a strategic partner to MWA. The accountancy firm will provide tax planning advice for clients of MWA who do not have their own tax advisers.

David Belbin, director at Clemence Hoar Cummings, said that the partnership with MWA will strengthen the service offering of both businesses.

Mr Rosengarten said: “We have set our stall out as an aggregator of high-quality regional IFAs and the acquisition CHC Wealth Management is another great example of that. What we have bought is a first-class regional business with a high-quality offering and hugely impressive client list.

“Our aim with each business we buy is to support the elements that have made them so successful to date while providing expertise and support from the group to help them develop and grow further.”

MWA was launched by chief executive Campbell Banks in 2016 with the ambition of recreating the holistic advice model prevalent in his native Australia. Mr Banks has over 25 years of experience developing financial advice networks in Australia.

Mr Banks said: “The acquisition of CHC Wealth Management is another significant milestone for MWA as we look to continue to increase our footprint across the UK.

“What is more, the strategic partnership we have put in place with Clemence Hoar Cummings as part of the deal will enable both businesses to significantly enhance their client propositions.”

MWA is planning to acquire a number of advice firms over the next five years backed by funding from the private equity firm Triple Point.

More in this category: « ESG enthusiasm may be waning - survey NS&I pushes up Income Bond rates to 0.15% »
back to top