Register for Financial Planning Today website for FREE to view more stories and get our daily newsletters. Click on 2 stories to see Registration pop up.
Friday, 19 November 2021 07:07 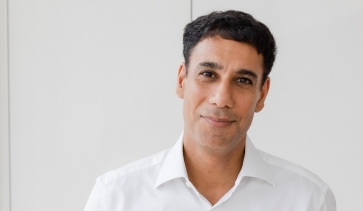 He is currently CIO for Asia Pacific at Fidelity International.

He replaces Matthew Beesley who will be leaving Artemis at the end of this year.

Mr Beesley will join Jupiter as its CIO in January after having served as CIO at Artemis since April 2020.

Mr Anand joined Fidelity in January 2012 as CIO for European equities, before moving to Singapore in 2018 to take up his current role. He is also a member of Fidelity’s Global Operating Committee, leads the group strategy on sustainability and is the global sponsor for cultural diversity.

The former head of European equities at F&C will join Artemis early next year.

Mark Murray, senior partner at Artemis, said: “We are delighted to have attracted such an experienced CIO. We all look forward to working with Paras as we continue to focus on providing active, differentiated investment solutions which meet our clients’ evolving needs.”

Artemis has recently made a raft of appointments following the retirement of James Foster and the exit of Alex Ralph who were co-managers of the £1.8bn Artemis Strategic Bond Fund.

Stephen Snowden, who joined Artemis in 2019 with five colleagues from Kames to manage new fixed income mandates, was appointed as Artemis’ new head of fixed income in September.