State Pension to rise by 3.1% from April 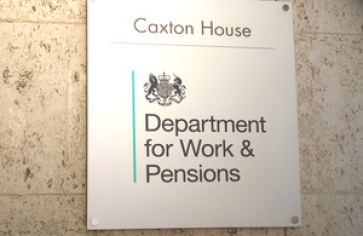 The Government has confirmed that the basic State Pension will rise by 3.1% from April to £141.85 with the full state Pension increasing to £185.15.

The rise, announced by the Department for Work and Pensions, is in line with CPI inflation and comes after the Government suspended the Triple Lock for 1 year.

The Secretary of State for Work and Pension’s annual review has confirmed the increase in line with the Consumer Price Index (CPI).

The decision was enabled after The Social Security (Up-rating of Benefits) Act 2021 received Royal Assent.

The legislation temporarily suspends the earnings element of the Triple Lock for one year only, following what the Government called “distortions” to the earnings statistics.

The Government says the Triple Lock suspension was to ensure, “the fairest approach for both pensioners and younger taxpayers, many of whom have been hardest hit by the financial impacts of the pandemic.”

The Government has also pointed out that last year it delivered primary legislation to increase State Pensions by 2.5%, when earnings fell and price inflation increased by half a percentage point. If it had not taken this action, State Pensions would have been frozen, the Government said.

Commenting on the Triple Lock suspension the Government said: “This is a one-year response to exceptional circumstances and the government will return the earnings element of the Triple Lock next year.”

All other benefits are also being increased in line with CPI of 3.1%. This includes working-age benefits, benefits to help with additional needs arising from disability, carers’ benefits, pensioner premiums in income-related benefits, Statutory Payments and Additional State Pension.

Becky O’Connor, head of pensions and savings, interactive investor, said: “Many pensioners will be disappointed with this rise which doesn’t cover the rises they are experiencing in real time in the cost of heating and eating. They will be left worrying about how they will manage their bills over the coming year. It will be cold comfort to them that the inflation they are struggling with now will be reflected in next year’s uprating.

“The decision to scrap the Triple Lock for a year proved controversial, despite being justified by extremely high post-pandemic earnings figures, amid rising inflation since September. The Government must maintain its commitment to reinstate the lock next year and do more to boost the uptake of Pension Credit among the poorest pensioners in the meantime.”

More in this category: « AJ Bell unveils Dodl investment app Gambian diplomat is prosecuted by TPR »
back to top