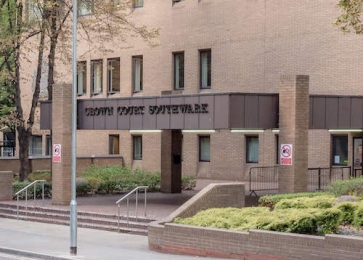 The FCA says 24 people have been charged so far in relation to a £400m money laundering ring centred on NatWest and a Bradford jeweller.

A separate investigation by West Yorkshire Police has led to 11 people pleading guilty to charges relating to the cash deposits with three cash couriers being charged. A further 13 individuals are awaiting trial at Leeds Crown Court in April in relation to the activities of Fowler Oldfield.

The judge in the case said today that while NatWest failed to monitor the deposits properly the bank was not "complicit" in the money laundering.

The FCA said, however, that NatWest was responsible for a “catalogue of failures.”

Couriers arrived at up to 50 NatWest branches in England over a five year period with bags, often bin bags, stuffed with cash from Bradford gold dealer and jeweller Fowler Oldfield.

NatWest admitted in court failing to properly monitor the activities of Fowler Oldfield between 8 November 2012 and 23 June 2016.

NatWest told the court it initially understood it would not handle cash from Fowler Oldfield. However, over the course of the customer relationship approximately £365m was deposited with the bank, of which around £264m was in cash, the FCA said.

Some NatWest employees responsible for handling the cash deposits reported suspicions to bank staff responsible for investigating suspected money laundering however no appropriate action was ever taken, the FCA said.

'Red flags’ reported by staff over the cash included significant amounts of Scottish bank notes deposited throughout England, deposits of notes carrying a prominent musty smell suggesting they were stored for some time and individuals acting suspiciously when depositing cash in NatWest branches. NatWest branches in London and Yorkshire were regularly used.

Mrs Justice Cockerill, the sentencing judge at Southwark Crown Court, said today: “…It must be borne in mind that although in no way complicit in the money laundering which took place, the bank was functionally vital. Without the bank – and without the bank’s failures - the money could not be effectively laundered.”

Mark Steward, executive director of enforcement and market oversight at the FCA, said: “NatWest is responsible for a catalogue of failures in the way it monitored and scrutinised transactions that were self-evidently suspicious. Combined with serious systems failures, like the treatment of cash deposits as cheques, these failures created an open door for money laundering.

“Anti-money laundering controls are a vital part of the fight against serious crime, like drug trafficking, and such failures are intolerable ones that let down the whole community, which, in this case, justified the FCA’s first criminal prosecution under the Money Laundering Regulations.”