GAM fined £9.1m by FCA over conflicts of interest 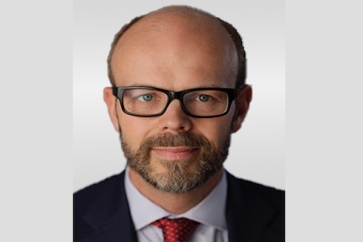 GAM International Management Limited (GIML) has been fined £9.1m by the Financial Conduct Authority after an investigation into conflicts of interest.

The FCA opened an investigation into GIML following the suspension of investment director Timothy Haywood in July 2018.

Mr Haywood was suspended by the asset manager following an internal investigation into risk management procedures and record keeping.

He was business unit head for the unconstrained/absolute return bond strategy (ARBF).

Mr Haywood's suspension, and following investigation by the FCA, centered around his involvement in the collapse of Greensill Capital. He had purchased illiquid debt which was linked to metals tycoon Sanjeev Gupta and Australian businessman Lex Greensill through GAM's ARBF funds.

This led to an investigation into his risk management procedures and record keeping by GAM which found conflicts of interest and gifts and entertainment matters.

The firm and Mr Haywood both qualified for a 30% discount after agreeing to “resolve all issues of fact and liability”. Without the discount the fines would have been £13m and £319,044 respectively.

The FCA said that in particular it considers that GIML "failed to adequately control the conflicts of interest arising out of three specific investments made by the GIML Absolute Return and Long Only team" between late 2014 and early 2018.

Peter Sanderson, CEO of GAM International Management, said: “We fully accept the findings of the FCA and acknowledge the conflicts of interest shortcomings which occurred at the firm between late 2014 and early 2018. Since then we have significantly strengthened our senior management team, governance, control frameworks, policies and training to ensure that all lessons learned from that period are fully embedded into our firm and culture.”

“Our priority has always been, and remains, protecting the best interests of our clients. I am pleased that, after the ARBF funds were put into liquidation in 2018, we were able to return on average, more than 100% of their value to our clients. With all regulatory matters now concluded, we are looking forward and are focused on our strategy of bringing GAM back to growth.”

The FCA published a warning notice statement this morning. The FCA has not issued a Final Notice due to the potential impact on a third party. Under the Financial Services & Markets Act, 2000, the FCA is required to consult with them and offer them the opportunity to make representations on the references to it before publication is possible.

The warning notice for Mr Haywood by the regulator stated that between 20 October 2016 and 3 November 2017, he had failed to take "reasonable steps to ensure that the business of the firm for which he was responsible, complied with the relevant regulatory rules requiring that conflicts of interest were managed fairly".

London-based Mr Haywood joined GAM following its acquisition of the fixed income and foreign exchange firm Augustus in May 2009. Before Augustus he worked at Orient Overseas International Limited in Hong Kong, where he was chief investment officer.

Following Mr Haywood’s suspension, in 2018 GAM put the ARBF funds into liquidation after having experienced a high level of redemption requests.

In 2020 the GAM accelerated a cost-cutting programme, including making redundancies, in the face of a major drop in assets under management.

The strategic transformation of Swiss-headquartered GAM continued into 2021 as the firm continued to see negative net flows.

More in this category: « FOS plans £44m increase in budget as cases rise CII to boost branches with £1.5m windfall »
back to top