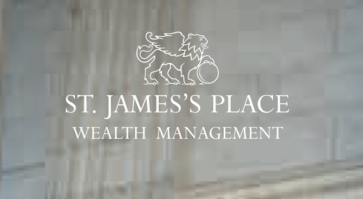 The North-South wealth divide is being exacerbated by fewer northerners having a financial plan in place, according to a new report.

Only a third (30%) of people in the North East have any kind of financial plan in place in comparison to 63% of Londoners.

Of those with a plan, 78% said it made them feel more confident about their financial position, according to the St James’s Place Financial Health Index.

Nationally, less than two in five (48%) surveyed have a financial plan in place.

Overall, financial health was four times higher in the South East than the North East, according to the index.

Three-quarters (78%) of those surveyed said they do not consider themselves wealthy.

The South East is the region with the strongest overall financial health, with a score of 76 out of a possible 100. Meanwhile, the North East is the lowest ranked region, attaining a score of only 19.

However, when it came to perceived wellbeing, the South East and London performed relatively poorly, despite being two of the highest ranking regions for wealth and wealth drivers.

Despite average total wealth in London of approximately £1m, substantially more than any other region and higher than the UK average of £384,208, the capital ranked fourth lowest region for perceived wellbeing. When looking at being up to date with all bills and whether financial constraints impact quality of life, London saw the lowest score across all regions.

The South East topped the table in terms of financial, pension and physical wealth but scored much lower on perceived wealth due to issues such as cost of living and being unable to handle unexpected bills.

Scotland ranked the highest in terms of perceived wellbeing, despite coming mid-table in the wealth and wealth drivers categories. Wales and Northern Ireland scored low on the perceived wellbeing index with 32 and 21 respectively, placing them the lowest after the North East.

Scottish households recorded the biggest wealth growth over the last 10 years, with average wealth in the region growing 66%. In comparison, average household wealth in the North East grew only 18% in the same period, and by 19% in London.

Alex Loydon, director of partner engagement and consultancy, at wealth manager St James’s Place, said: “The UK Financial Health Index shows that not only is wealth unevenly spread around the UK, but in some areas, there is a clear mismatch between the reality of people’s wealth and their own perception of being wealthy, meaning that people across all regions are experiencing poor financial health in one way or another.”

The index was developed in conjunction with the Centre of Economics and Business Research (CEBR).

The CEBR collated a list of indicators which captured key aspects of wealth, drivers of wealth and perceptions of wealth, before collecting data on these indicators using a range of metrics and results from the bespoke survey. Each region was then scored between 0 and 100 based on performance measured by each indicator. An overall score was assigned to each region with the indicators weighted equally.