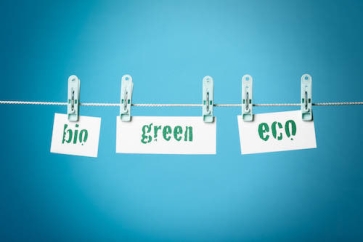 Pension savers are reluctant so far to embrace ESG funds

Most workplace pension savers are failing to shift their money into ESG or sustainable funds, according to new research.

Pension consultant Barnett Waddingham, which carried out the research, has called for more efforts to make ESG funds default funds.

So far BW says that “very few” of the 18m people auto-enrolled into workplace pensions are invested in ESG funds.

BW says that despite the low support for ESG funds most pension savers want their money to be invested responsibly.

Barnett Waddingham wants reform of the UK pensions system - learning from the successes of the organ donation programme and auto-enrolment - and transitioning default workplace pensions to ESG funds on an opt-out basis.

BW’s research, however, suggests that so far the appetite for this is limited.

When asked whether ESG funds should be the default option for workplace pensions, only one in five savers (20%) said yes regardless of return. A further 26% said yes so long as the return is the same as a non-ESG fund.

Some 45% of people with a workplace pension were indifferent, leaving only 9% who believed the default fund should not be ESG-focussed.

Older members aged 55 and above were particularly minded to stick to their original fund choices with those aged 18 – 34 more likely to review selections, but still only one third (34%) have ever made changes to their investments.

Women are far more likely to have stayed in their default fund than men, at 85% compared to 75%.

Currently £71.3bn is invested in workplace pensions and most is not invested in ESG funds.

Amanda Latham, policy & strategy lead at Barnett Waddingham, said: “The UK is battling a bad case of inertia, with UK savers displaying a lack of confidence, ability, or knowledge around changing their workplace pension investments.

“But there’s no lack of appetite, and it’s the responsibility of the pensions industry to facilitate that appetite. The onus shouldn’t fall on individuals. In a system designed around inertia, we need to see policymakers and employers offering better default strategies rather than relying on pension holders to come up with them themselves.”

• Barnett Waddingham commissioned Opinium Research to survey 2,002 UK adults of which 1,230 respondents had a workplace pension.  The survey took place in November.