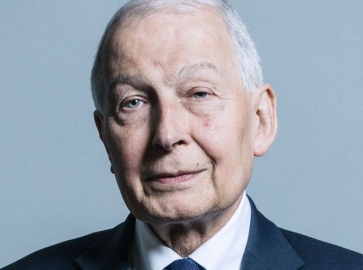 Former work and pensions committee chairman Frank Field has been recognised for his “lifetime of public service” in the Queen’s New Year Honours list.

The veteran pensions campaigner has been made a member of the Order of the Companions of Honour, one of the most exclusive awards granted in the list.

The Honour is given to those who have made a significant contribution to arts, science, medicine or government over a long period of time.

During his time as chairman, he launched inquiries into defined benefit schemes and the powers of the Pensions Regulator.

He also lobbied the FCA to ban contingent charging on defined benefit transfers.

There were also several other industry members included in the Queen’s New Year Honours List.

Mitesh Sheth, CEO of Redington, was awarded an MBE for services to diversity and inclusion within the financial services sector.

Nigel Wilson, chief executive of Legal & General, was awarded a knighthood for services to the finance industry and regional development.

Edmund Anderson, chairman of NS&I was awarded an Order of the British Empire for services to the financial sector and public life in Yorkshire.

The full list of those receiving Honours can be found online.