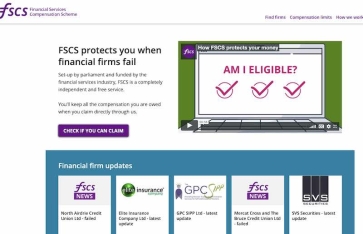 The Financial Services Compensation Scheme has declared a Nottingham-based wealth manager in default amid a flood of claims, many relating to SIPPs transfers.

The FSCS told Financial Planning Today that so far it has received 31 claims against Hamilton Rose Wealth Management Ltd which also traded as Athena Wealth and theisaexpert.co.uk.

Just one claim has been settled so far with the remaining 30 claims still being assessed by the FSCS. The FSCS said it was unable at present to put a total value on the outstanding claims against the firm so far.

The FSCS said that 17 of the current claims were related to SIPPs and the rest to other types of investment claims.

The BBC has reported that at least one individual, a 62-year-old man, had £165,000 of his pension pot invested with the firm and was awaiting compensation. He fears he may need to return to work because he is short of money due to the failure of the firm.

Hamilton Rose was connected to DFM Clear Capital Management, also a Nottingham-based firm. Clear Capital was declared in default by the FSCS last autumn. It was founded eight years ago by Paraplanner Martin Vaughan and also traded as Clear Advice and Kalis Capital. Mr Vaughan resigned from Hamilton Rose Wealth Management in September 2019.

Clear Capital Management was de-authorised by the Financial Conduct Authority on 27 July last year, five weeks after the company was dissolved.

Financial Planning Today is seeking comment from the administrators of Hamilton Rose Wealth Management. The firm’s website can no longer be reached and contact details listed on the FCA register for Hamilton Rose are not reachable at present. According to the FCA register the firm has applied to cancel its authorisation.