Register for Financial Planning Today website for FREE to view more stories and get our daily newsletters. Click on 2 stories to see Registration pop up.
Tuesday, 18 January 2022 10:16 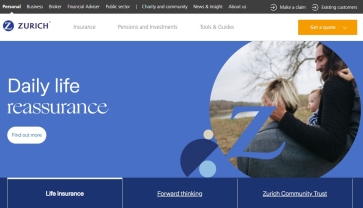 The cover will be available at a ‘core’ or ‘select’ level.

Standalone critical illness cover can be appropriate should a client already have a separate life insurance policy in place or if they do not have dependents or a mortgage to consider.

The insurer has also announced that it is now offering standard rates for customers with anxiety, stress and depression where symptoms are being well managed.

It has reworded its application questions in order to enable the insurer to understand individual circumstances more clearly and reduce the need for further medical evidence.

The changes were made in line with the Association of British Insurer’s new Mental Health Standards.

Zurich has also enhanced its total permanent disability cover option for all its critical illness products.

The new ‘work tasks’ definition will be offered to the client in scenarios where the insurer is unable to issue terms for its ‘own occupation’ definition. The work tasks option pays the sum assured if the client is permanently unable to carry out three of six specified work tasks due to illness or injury. The six tasks are walking, climbing stairs, lifting an object, bending, getting in and out of a car and writing.

Zurich has also increased the age limit for its total permanent disability cover. It will now accept applications up to the age of 65 (previously 54) with customers able to claim until their 71st birthday (previously 60th).

The insurer has also developed the functionality for Relevant Life trusts to be fully completed online.

The addition is part of the insurer’s move towards a digital first product range.