Register for Financial Planning Today website for FREE to view more stories and get our daily newsletters. Click on 2 stories to see Registration pop up.
Wednesday, 19 January 2022 10:15 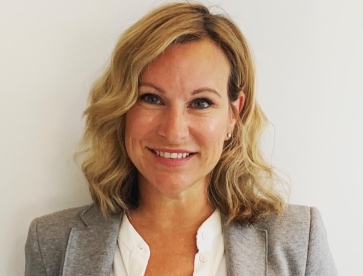 Ms Burton will be responsible for leading Kingswood’s growing adviser teams in the Midlands and South.

She joins Kingswood from Santander Wealth where she was area manager for Financial Planning.

She will be working alongside Jeff Grantham, managing director and head of wealth planning for the north. Mr Graham was the founder of Sterling Trust and joined Kingswood following its acquisition of Sterling Trust in June 2020. He will undertake the same role as Ms Burton, leading the adviser teams in the north of the UK.

Kingswood has made a number of acquisitions over the past year.

It completed the acquisition of asset manager and IFA the IBOSS Group less than two months after announcing the deal. Kingswood hailed the deal as a “milestone” acquisition.

Kingswood paid an initial cash sum of £9.6m for Metnor Holdings, paid on closing with deferred consideration of up to £6.4m, payable over a two year period, and a performance-based earn out linked to three years of EBITDA growth.

Kingswood continues to look for acquisitions, with six UK-based deals currently in the exclusive due diligence stage.

The deals are mainly funded by private equity firm Pollen Street Capital Limited which has partnered with Kingswood. It has so far provided £44.8m in equity to support existing and future acquisitions.

Kingswood also made a number of senior hires in 2021, including Lucy Whitehead as chief client officer and Jon Millam as chief financial officer.

More in this category: « UK notches up 2,001 ISA millionaires FSCS warns LCF bondholders of scam emails »
back to top