Register for Financial Planning Today website for FREE to view more stories and get our daily newsletters. Click on 2 stories to see Registration pop up.
Wednesday, 19 January 2022 13:37 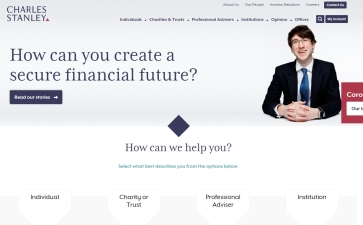 The takeover will take place on 21 January.

The deal had to get court approval due to the proposed acquisition method. The court-sanctioned scheme of arrangement is under Part 26 of the Companies Act 2006.

It was originally expected to be completed in December but was pushed back a month due to delays in securing FCA approval.

The FCA gave its stamp of approval to the deal on 21 December.

Charles Stanley shares will be delisted on 24 January with the deal due to be fully completed by the end of January.

The deal will add around 200 Charles Stanley wealth managers to Raymond James and boost Raymond James’ UK client assets under management to over £40bn.

Raymond James currently manages over £13bn of client assets through 100 independently managed branches in the UK. Each branch is responsible for its own clients with oversight from Raymond James.