Register for Financial Planning Today website for FREE to view more stories and get our daily newsletters. Click on 2 stories to see Registration pop up.
Friday, 21 January 2022 09:14 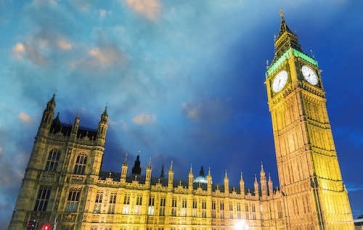 MPs on the Public Accounts Committee have attacked the “shameful shambles” which led to an estimated 134,000 pensions, mostly women, being underpaid over £1bn in State Pension entitlement.

Department for Work & Pensions figures suggests some of the errors may date back as 1985.

The Public Accounts Committee has published a report today roundly criticising the long terms errors which have led to thousands of pensioners getting less than they were entitled to.

In January 2021, the DWP started an official exercise to correct the errors, the ninth exercise since 2018.

The errors mostly affect widows, divorcees and women who rely on their husband’s pension contributions for some of their pension entitlement. The Public Accounts Committee said this happened because of the Department’s use of outdated systems and heavily manual processing. Small errors that were not recognised each time added up over years to significant sums of money.

MPs said some people “risk missing out on significant sums.”

MPs were concerned that there was little guidance for those currently claiming State Pension who believed they may have been underpaid and there was “no formal plan” for contacting the next of kin where an underpaid pensioner is now deceased. MPs said it was likely that some pensioners had died without receiving their correct pension entitlement.

DWP is only paying those it has identified as having a legal entitlement to arrears, in some cases many years after the event, and has been inconsistent in paying interest, said the Committee’s report.

Fixing the DWP’s mistakes is expected to cost £24.3m in staff costs alone by the end of 2023, the report said.

Experienced, specialised staff have been moved away from routine work to deal with the errors and as a result DWP is experiencing backlogs in processing new applications.

Dame Meg Hillier MP, chair of the Public Accounts Committee, said: “For decades DWP has relied on a State Pension payment system that is clunky and required staff to check many databases - and now some pensioners and the taxpayer are paying in spades.

“DWP is now on its ninth go at fixing these mistakes since 2018. The specialised staff diverted to fix this mess cost tens of millions more to the taxpayer and (there are) predictable consequences of delays in new pension claims. And there is no assurance that the errors that led to these underpayments in the first place will not be repeated in the correction exercise.

“This is a shameful shambles. The Public Accounts Committee expects DWP to set out the step changes it will make to ensure it is among the last.”

Pension consultancy LCP and website This is Money raised the issue recently when they highlighted the scale of the underpayments.

Sir Steve Webb, partner at LCP, has urged the DWP to update antiquated pension systems and also wants the Government to explain why divorced women have so far been excluded from having their state pensions checked.

Sir Steve, said: “The Committee are right to be highly critical of DWP over this whole debacle. It is shocking that DWP’s regular checks regarded the level of error on state pensions as too small to be worth investigating when in reality many thousands of people have missed out on potentially life-changing amounts of money.

“I welcome the fact that the Committee has highlighted the fact that divorced women have so far been excluded from this exercise and I call on the Government to do more to ensure that these women also have their pensions checked. DWP’s defensive reaction to questions and scrutiny over this issue suggest that lessons have still not been learned. There are still far too many people missing out on the state pension to which they are entitled and DWP needs to track them all down as a matter of urgency.”