Register for Financial Planning Today website for FREE to view more stories and get our daily newsletters. Click on 2 stories to see Registration pop up.
Monday, 24 January 2022 06:43 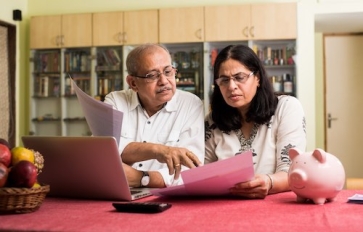 Many couples are keeping ISA savings in cash

More than 3m pensioners keep all of their ISA savings in cash, a Freedom of Information request has revealed.

The FOI request was submitted by pension consultancy LCP which called the figures “alarming.”

The revelations back up recent concerns that many people have removed large sums from their pension pots in recent years since the Pension Freedoms were introduced and stashed the money in low-interest rate cash accounts.

The amount of cash-only pensioner savings in these low-return ISA cash accounts is £87bn. The calculations do not include a further 1.3m pensioners who have a mix of cash and stocks and shares ISAs.

LCP partner Steve Webb, who submitted the request, has warned that the current high rate of inflation - currently 5.4% - will “savage” the value of savings held in low-pay ISA cash accounts, most of which pay 1% or less with some paying as little as 0.1%.

Sir Steve, a former pensions minister, estimated that inflation would reduce the spending power of ISA cash savings held by pensioner by over £3bn in the next year alone.

For each pensioner, this is an average loss of over £1,100 in spending power in the next year, says LCP.

Sir Steve Webb said: “While holding small amounts of cash in an easy access account can be convenient, these figures show that huge amounts of money are sitting rotting in cash ISAs.  Inflation is like a tax on savers. With inflation soaring, the spending power of cash savings is being savagely reduced.

“Many instant access cash ISAs pay little or no interest and runaway inflation will take a huge chunk out of the value of these savings. Older savers need to consider urgently whether keeping their money in these cash accounts is the best way to protect their hard-earned savings, especially when the real value of their state pension is also being squeezed”.

Out of the total of 3.4m pensioners there are slightly more female (1.8m) than male (1.6m) pensioners, though average balances for both groups are similar at just over £25,000 in each case.

More in this category: « HMRC cuts bogus phone calls by scammers by 97% FSCS opens claims against failed BSPS adviser »
back to top