Register for Financial Planning Today website for FREE to view more stories and get our daily newsletters. Click on 2 stories to see Registration pop up.
Monday, 24 January 2022 11:38 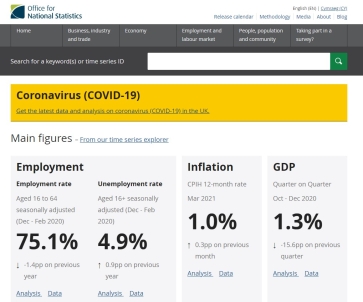 Only 46% of people expect to be able to save money during 2022, according to a new report.

This increased to 76% among those aged over 70, and to 74% among self-employed people, according to the report from the Office for National Statistics (ONS).

The findings were part of an ONS release into spending and socialising over Christmas.

Financial Planners and wealth managers said they were not surprised that fewer people expected to save this year.

Adam Walkom, co-founder at London-based Permanent Wealth Partners, said: "The current extreme level of inflation, which is now at a 30-year high, is the biggest issue we've faced with our clients since 2008 in terms of their investment strategies. Lockdowns unwittingly exacerbated the wealth gap.

"Those that were able to continue their roles on the same pay were doing so from home and spending considerably less. These tended to be the more professional roles, which generally have higher pay. The impact of lockdowns was much greater on the lower-paying roles who went on furlough because their workplaces were forced to shut. My guess is the former still have money saved up, but it's the latter who are really feeling the squeeze.

"Yet again, we see unintended consequences of Government policies hit the poorest hard."

Scott Gallacher, a Chartered Financial Planner at Leicestershire-based IFA Rowley Turton, said: "Unfortunately, these figures don't surprise me. Previous research has found over a third of people are just one payday away from disaster. Hence, with rising inflation, it's understandable that most people are currently unable to put anything aside for the future."

Joshua Gerstler, Chartered Financial Planner at Borehamwood-based The Orchard Practice, said: "You can see the impact of inflation playing out before your eyes. At the lower end of the income scale, it is extremely hard to save money when you need every last penny just to get by. As you move up the income scale, and you meet your basic expenditure needs, it is then a case of getting into good habits to ensure you save every month."

Daniel Wiltshire, from Bradford-on-Avon-based Wiltshire Wealth, said: "These statistics are highly concerning although not exactly surprising. This year households are set to face a triple whammy of inflation, increasing interest rates and tax rises. People's finances are being stretched like never before."

A separate report from the Pensions and Lifetime Savings Association (PLSA) found that UK households had already cut down on saving this year.

Almost half (47%) of those not retired surveyed by the PLSA said they cannot afford to save due to rising living costs.

Despite concerns for the immediate future, savers were still recognising the importance of long-term planning and having a suitable pension in place for when it comes time to retire.

Around a third of people with a pension told the PLSA that they spent some of their time over Christmas reviewing their finances; including their pension (31%). This was most common for those aged 18-34 year olds (41%) compared with of those aged 55+ (24%).

A third (32%) of the savers surveyed by the PLSA said they can afford to contribute more to their pensions now in order to boost their retirement income.

The PLSA has argued that the Government should increase automatic enrolment contributions from 8% of a band of earnings to 12% of all salary in the late 2020s. It has proposed that the “levelling up” should be split evenly between employers and employees, with the employer paying 3% more than now and the employee paying only 1% more than now.

However its survey found that only four in ten would support the rise to 12%.

Nigel Peaple, director of policy and advocacy, at the PLSA, said: “Many savers face substantial financial difficulties over the short term due to the Covid-19 pandemic but, over the longer term, the public see the value of saving towards retirement in a workplace pension. Moreover, while half of those responding to our survey say they cannot afford to save more now, a third do consider themselves able to do so.”

The research was conducted on behalf of the PLSA by Yonder Data Solutions from 10 to 11 January with a nationally representative sample of 2,093 adults.

More in this category: « Raymond James completes takeover of Charles Stanley FCA to crack down on firms avoiding liabilities »
back to top