Register for Financial Planning Today website for FREE to view more stories and get our daily newsletters. Click on 2 stories to see Registration pop up.
Tuesday, 25 January 2022 16:13 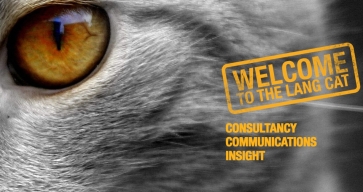 Eight in ten advice firms expect to report an increase in turnover for 2022 compared to 2021, according to a new report.

Three quarters (76%) of advice firms also said they were happy with their current level of organic growth.

Two thirds (64%) of the 400+ advice firms surveyed for the lang cat’s annual State of the Adviser National report said they were regularly approached by consolidators.

One of the conclusions from the report was the increasing fragmentation and segmentation in how advisers approach key decisions, such as CIP adoption and platform selection.

When it comes to matching platforms and investments to client requirements, most firms were running more than one platform relationship while assets held on a legacy basis are spread “all over the place”.

Of the 88% of advice firms who run a CIP, a fifth said they use more than one type of CIP methodology within their firm and 34% chose to have a degree of optionality underneath their adviser-led or DFM models, such as ethical, active or passive portfolios.

Steven Nelson, insight director at the lang cat, said the results of the survey show that the advice gap is not likely to close any time soon.

He said: “Advisers’ satisfaction with organic growth levels also implies that there isn’t a widespread desire to take on the scores of new customers necessary to tackle the advice gap.

“There may be potential to unlock capacity through better technology but advisers’ understandable lack of faith in current tech provisions suggests we’re a long way off from that.

“And then there’s the movement from ‘product plus investment’ to ‘planning plus behavioural elements’ of financial advice which arguably places a ceiling on the number of clients who can reasonably be maintained by any one advice firm.”

More in this category: « Gilbert’s AssetCo snaps up River & Mercantile M&G takes stake in Moneyfarm for D2C launch »
back to top