Register for Financial Planning Today website for FREE to view more stories and get our daily newsletters. Click on 2 stories to see Registration pop up.
Friday, 28 January 2022 06:09 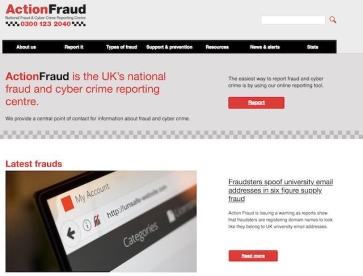 Investment fraud offences rose by 42% in the year to September 2021, according to the latest figures from Action Fraud.

There were 22,372 offences reported in the year.

There were a total of 5.1m fraud offences overall in the year to September, a rise of 36% from two years earlier, according to crime figures from the Office for National Statistics.

Remote banking fraud increased 53% to 94,757 according to separate statistics from UK Finance.

Sarah Coles, senior personal finance analyst, at Hargreaves Lansdown said the pandemic had been a “boom time” for fraudsters.

She said: “In the two years to September, scams increased by more than a third, as it became easier to target people spending more time online and at home, and many of them had more to lose.

“Trends during the pandemic have made us more vulnerable. More of us are spending longer at home, including those who are limiting social contact and people who are working from home. It means that if scammers call or email us at home, they’re more likely to reach us."

She said: “The pandemic has also seen more people take an interest in investment, and when they search for information online it can expose them to potential scams.

“Some people have more to lose at this stage, as their spending fell during lockdowns and they were able to build up lockdown savings. This has persuaded fraudsters to redouble their efforts.”

Earlier this week a fraudulent property development company, which obtained over £1m from investors by promising misleading fixed returns, was wound up by the High Court.

Exmount Construction produced a brochure for potential investors which promised fixed returns of 9.12% for 3-year bonds and 10.35% on 5-year bonds.

Once victims handed over their money, they were unable to contact the company. An Insolvency Service investigation found that between March 2018 and July 2019, around £1.1m had been received by the company from investors.

The Financial Conduct Authority issued a record 1,300 consumer warnings in 2021 as it stepped up efforts to protect investors.

Many of the warnings related to scam websites, social media frauds and bogus websites.

The regulator said that during 2021 its contact centre helped prevent £4m being lost to scammers.

The FCA issued the figures are part of a review of its consumer protection activities in 2021.

More in this category: « Fintel returns to positive net cash position after re-focus British Steel-linked Planner declared in default »
back to top