Register for Financial Planning Today website for FREE to view more stories and get our daily newsletters. Click on 2 stories to see Registration pop up.
Monday, 31 January 2022 09:19 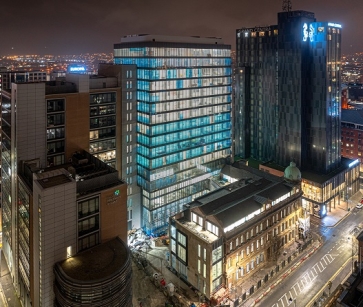 Wealth manager and Financial Planner Tilney Smith & Williamson is to open a new Belfast office in a prestige development as it looks to expand its Northern Irish presence.

The team will move into the new office later this year.

The new office will be on the 13th floor of The Ewart building in Belfast’s business district.

The firm said the heritage landmark development would allow it to ‘keep pace’ with its expansion plans for Northern Ireland.

It currently employs 40 people in Belfast and has had a presence in the city since 1843.

Chris McVeigh, managing partner and head of office at Tilney Smith & Williamson in Belfast, said: “Agreeing terms for our new Belfast office at this prestigious building signals our intent to continue expanding our presence in Northern Ireland.

“The Ewart will provide a contemporary working environment for our staff, designed to high standards of sustainability and its location in the heart of the city, close to excellent transport links, makes it convenient for clients to access the specialist services we provide.”

Until the 2020 merger deal with Tilney, Smith & Williamson’s office in Belfast was branded Cunningham Coates, which originated from the amalgamation of stockbrokers Josias Cunningham & Co Limited and William F Coates & Co in 1991, both of which had traded for more than a century.

In October the wealth manager and Financial Planner agreed terms for a new office in Cardiff. The firm previously had an office in the Welsh capital but the lease ended during 2020.

In August the firm took office space for up to 150 staff in a landmark office building in Birmingham as it plotted a Midlands expansion.

More in this category: « Continuum turnover rises 39% to £10.5m Men at more risk than women of pension transfer fraud »
back to top