Full Pension Dashboards not available until 2026 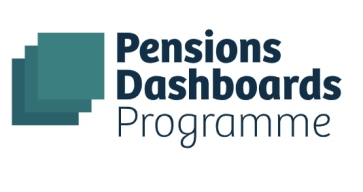 The Government shared the staging timetable as part of its consultation on the draft ‘Pension Dashboards Regulations 2022’.

Small pension schemes will not be required to provide data to the new Pension Dashboards until 2026.

Large pension schemes will only need to provide data to the dashboards between April 2023 and September 2024.

Medium-sized schemes will be brought into the dashboards between October 2024 and October 2025.

State Pension details will be available from ‘day one’.

The Government confirmed the staging dates for the dashboards this morning.

Critics have already attacked the delay as signs of the government "over promising and under-delivering."

The Government-backed Pensions Dashboard programme is designed to deliver online pension hubs to millions of UK pension savers, giving them a single digital location to view all their pension savings.

The Government shared the staging timetable as part of its consultation on the draft ‘Pension Dashboards Regulations 2022’.

Under the plans the Government will focus on getting the largest schemes on the dashboards before adding other, smaller pensions once a ‘critical mass’ of schemes has been reached and prototypes have been fully tested.

The full consultation can be viewed online and is open to submissions until 13 March.

The Pension Dashboards Programme (PDP) selected its first three pilot commercial providers in December to help with testing and development. The three providers selected were Aviva, Bud and Moneyhub.

The PDP will carry out testing to refine the 'onboarding' process for dashboard providers. It will also work with the three new providers on design standards and technology.

The PDP said the first three commercial providers to join the pilot represented a range of different types of organisation likely to be seen in the future dashboard provider market. They include an insurer, an open banking platform and an open data fintech.

The initial (alpha) six-month test phase began running in December and will help the PDP prepare to connect dashboards to a “central digital architecture.”

In October only a third of pension professionals said they believe the Dashboards will be of use by 2025.

Steve Webb, partner at LCP, said the government has repeatedly over-promised and under-delivered on Pension Dashboards.

He said: “Bringing together full pension data in one place is a mammoth task and ministers have repeatedly over-promised and under-delivered on this goal. Back in 2016 there was a promise of a dashboard in use by 2019, but now it looks as though the first generally accessible dashboard will not be available until mid 2024 – at least five years late.

"The biggest headaches include bringing on the public service schemes, which have major headaches of their own to deal with, and Defined Benefit pension schemes where complex new calculations may be required. It is vital that the government ensures there is no further slippage in this project and that the benefits of dashboards are available to the public as soon as possible.”