Register for Financial Planning Today website for FREE to view more stories and get our daily newsletters. Click on 2 stories to see Registration pop up.
Monday, 07 February 2022 11:36 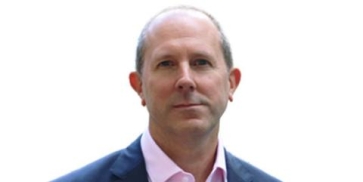 The search is on for the next chair of the FCA after the regulator confirmed that current chair Charles Randell will hand over to interim chair Richard Lloyd from 1 June.

The Treasury will lead the hunt for the replacement for Mr Randell who will hand over the reins to Mr Lloyd over the next few months.

The role of FCA chair is being advertised with a salary of £170,000 and a requirement for 2-3 days work per week.

Aidene Walsh will act as interim chair of the FCA’s sister body, the Payment Systems Regulator, from 1 April. Mr Randell is also chair of the PSR.

Mr Lloyd is currently the senior independent director of the FCA board, and is chair of the Independent Parliamentary Standards Authority and vice-chair of the Money and Mental Health Policy Institute. He previously held executive positions at Which?, Consumers International and Shelter.

Ms Walsh is currently a non-executive director of the PSR, and an executive director with Banking Competition Remedies Ltd, the organisation established to implement the Alternative Remedies Package of measures agreed between the UK Government and the European Commission. Prior to joining BCR, she was CEO of The Fairbanking Foundation after senior roles in global transaction banking.

Mr Randell said: “I am very pleased that both Richard and Aidene have agreed to chair the FCA and PSR boards on an interim basis while the search for my permanent successor concludes. I am confident that under their leadership both organisations will continue to deliver on their strategies to become more agile and assertive regulators.”

Mr Lloyd said: “I’m honoured to be asked to be interim chair of the FCA. The FCA board is hugely grateful to Charles Randell for all that he has done over the last four years as chair. Under his leadership, wide-ranging improvements to the way the FCA does its job are already making a positive difference for the financial services industry and millions of people’s lives.“

More in this category: « Fund sales second highest on record in 2021 Most planners 'confident' about discussing mental health »
back to top