Register for Financial Planning Today website for FREE to view more stories and get our daily newsletters. Click on 2 stories to see Registration pop up.
Tuesday, 08 February 2022 08:31 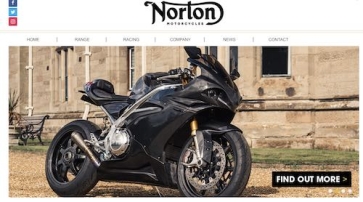 The former owner of Norton Motorcycles has admitted illegally investing money into the firm from three pension schemes where he was the sole trustee.

The maximum penalty for a breach of ERI rules is an unlimited fine and/or a prison sentence of up to two years.

The rules are designed to restricted employer-owned pensions schemes from investing heavily in the employer's firm.

The court heard that Mr Garner invested more than 5% of assets from each scheme into his business, Norton Motorcycle Holdings Ltd, the maker of the famous Norton Motorcyles.

The employer related investment (ERI) rules are listed in section 40 of the Pensions Act 1995 and in the Occupational Pension Schemes (Investment) Regulations 2005.

Subject to a limited number of exceptions, not more than 5% of the current market value of pension scheme assets may be invested in ERI. ERI restrictions apply to investments in the employer and investments in parties “associated or connected with” the employer.

Derby Magistrates’ Court heard this week that the offences related to three defined contribution schemes: Dominator 2012, Commando 2012 and Donington MC which had a total of 227 scheme members. The investments were made in return for preference shares and took place in 2012 or 2013.

The prosecution was carried out by The Pensions Regulator.

Nicola Parish, executive director of frontline regulation at The Pensions Regulator, said: “As a trustee, Stuart Garner failed to comply with restrictions on investments which are designed to protect the funds of pension schemes.

“Trustees have a vital role in protecting the benefits of members and we will take action where that responsibility is abused. Trustees should be clear on when a pension scheme can invest in its sponsoring employer.”

Mr Garner is due to appear on 28 February at Derby Crown Court for sentencing.

More in this category: « Most planners 'confident' about discussing mental health Pre-tax profits soar 96% for Mattioli Woods »
back to top