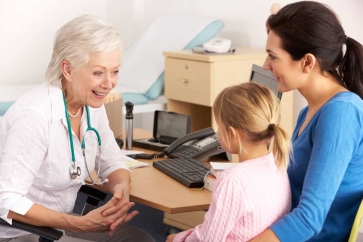 More than 7,000 NHS staff may retire next month to avoid a pension penalty, according to wealth manager and Financial Planner Quilter.

Quilter has written to the Health Secretary to warn the government of the potential mass exodus.

NHS pension scheme members could be adversely impacted by the return of abatement.

Abatement was suspended under the Coronavirus Act to allow recently retired NHS staff to return to work and tackle the pandemic without suffering a tax penalty on their pension.

However, the temporary suspension comes to an end on 24 March.

From 24 March NHS workers’ pensions will be reduced pound for pound if their earnings plus the ‘unearned’ element of their NHS pension, exceed their pre-retirement NHS pensionable earnings, which is called abatement.

Data from the NHS Business Services Authority (NHSBSA), acquired through a Freedom of Information request by Quilter, showed that it has mailed 10,729 NHS pension scheme members in relation to the upcoming legislative changes, of which 7,470 could be adversely impacted by the return of abatement.

Quilter’s letter to the Health Secretary requested the government considers using provisions granted under the Coronavirus Act 2020 to extend the abatement powers contained in the Act, until a time when the health service is under less pressure.

Graham Crossley, NHS pensions specialist at Quilter, said: “Many NHS workers will have already received their letters and will be making the decision as to carrying on working after 25 March, should that mean a penalty on their pension.

“Although recent headlines about pandemic have been more positive, there are still significant pressures on the NHS and the prospect of thousands of NHS staff leaving in March to understandably avoid a financial penalty will add to an already challenging situation.

“The good news is that there is a quick fix to the impending problem. The Coronavirus Act 2020 includes provisions to allow the extension to any of the powers contained within the bill and this issue should be raised urgently in government.”