Register for Financial Planning Today website for FREE to view more stories and get our daily newsletters. Click on 2 stories to see Registration pop up.
Thursday, 10 February 2022 09:26

Pru CEO to step down as group focuses on Asia 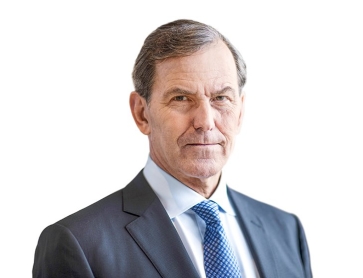 Prudential’s long-serving group CEO Mike Wells is to retire at the end of March as the company focuses future growth on Asia.

While he will retire in March, Mr Wells will continue to be employed by Pru until the end of his contract in February 2023 to assist with the transition to a new CEO as the group refocuses on its key Asian operations and moves senior executive roles to Hong Kong.

Prudential said Mr Wells will not be eligible for any payments for loss of office but he will continue to receive his full salary and pension entitlement until February 2023 and will assist the board.

Mark FitzPatrick, currently group CFO and COO, will become interim group CEO when Mr Wells steps down. He will continue as COO and will help the board in the transition process for the new CEO. After this he will step down from the board and remain as an adviser for a period.

Mr FitzPatrick's annual salary will remain at its current level of £822,000 per annum but for the period that he serves as interim group chief executive of Prudential plc, he will also receive a pensionable cash supplement of £30,167 per month, giving him fixed pay for this period equal to that paid to his predecessor (approximately £1.18m per annum).

The company says he successfully led the demerger and accelerated the development of an Asian shareholder base through equity issuance on the Hong Kong Stock Exchange.

The Prudential board is now searching for a group CEO to be based in Asia to succeed Mr Wells. The search will include both internal and external candidates.

Because the Prudential group is increasingly focused on Asia and Africa, the Prudential board says the roles of the group CEO and the group CFO will be based in Asia, where Prudential's largest businesses, the group regulator and the rest of the senior management team are located.

The company will also take steps towards “simplification of its management and operational model,” it says.

In 2019, Prudential demerged fund manager M&G from the group and it now runs as a separate business. M&G plc is the direct parent company of The Prudential Assurance Company Limited.

Mr Turner and Mr Kalra will both continue to be based in Hong Kong.

Shriti Vadera, chair of Prudential, said: "I would like to thank Mike for his outstanding contribution to Prudential over the last 26 years, and particularly as CEO for the last seven years. He has led the group through one of the most significant periods of change in its 174-year history. He has overseen two strategic demergers and a successful equity raise on the Hong Kong Stock Exchange, whilst steering the Group through the unprecedented events of the pandemic. The board and I wish him every success in the future."

Mr Wells, group CEO, said: "It has been a privilege to serve Prudential for the last 26 years. Having led the transformation of the Group into an Asia and Africa focused life and health insurer, now is the right time for me to hand over to an Asian-based team to take the company forward. I am grateful to have had the opportunity to work with the staff and board of Prudential during my tenure.”

More in this category: « Vitality halts West Ham sponsorship over Zouma incident NS&I bumps up savings rates to 0.5%  »
back to top