Register for Financial Planning Today website for FREE to view more stories and get our daily newsletters. Click on 2 stories to see Registration pop up.
Wednesday, 16 February 2022 08:44 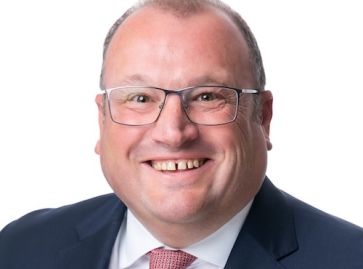 The acquisition is the fourth for Kingswood this year.

The deal adds £217m in assets under advice for over 750 clients.

It boosts Kingswood’s UK client facing advisory team to 94 people and increases UK funds under advice/management to over £7.2bn from 19,300 active clients.

Kingswood will pay £1.8m at closing, with the balance paid on a deferred basis.

Phil Watson, company principal at Aim Independent Limited, said: ‘’We had two objectives we wanted to achieve when we began to search for a potential buyer, succession planning and economies of scale.

“With Kingswood we believe we have found the qualities of leadership, talent and knowledge to build on our reputation and create a stronger company with new pathways for growth. We are confident that we have made the right choice for both our colleagues and our clients for their future prosperity.”

On completion, the acquisition will be funded from funds recently received by Kingswood from the issue of new convertible preference shares issued under its subscription agreement with private equity investor Pollen Street Capital.

Kingswood's partnership with Pollen Street has to date provided equity of £77.4m to support existing and future acquisitions.

David Lawrence, UK CEO at Kingswood, said the Financial Planning group has another three acquisitions in exclusive due diligence and a strong pipeline of other UK acquisitions under negotiation.

He said Kingswood’s next near-term target is to build its UK assets under management to £10bn.

More in this category: « PIMFA calls for extension of Consumer Duty implementation Half of retirees have money worries but only 22% seek advice »
back to top