Half of retirees have money worries but only 22% seek advice 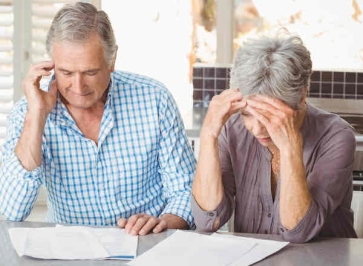 Under a fifth (19%) of the female retirees surveyed had spoken to a professional adviser, versus a quarter of men.

Despite almost half (48%) of retirees worried about running out of money in retirement, three quarters (78%) have not sought professional financial advice, according to new research.

A third (31%) of retirees said they had not sought advice due to the cost.

A fifth (19%) of the 2,000 UK retirees polled by abrdn had not sought advice as they believe only those who have a lot of money can benefit.

A further (16%) said they ‘cant be bothered’ with the time and effort of seeking advice.

One in ten (9%) said it was their lack of experience which puts them off from seeking a financial adviser.

Under a fifth (19%) of the female retirees surveyed had spoken to a professional adviser, versus a quarter of men.

Female retirees were also less likely to contact their pension adviser with questions (9% of women vs 15% of men).

Women were more likely to turn to their partner, friends or family for advice compared to men (8% of women vs 6% of men) but are less likely to search for answers online (6% of women vs 10% of men).

Retirees living in the East Midlands were most likely to have sought advice on their retirement plans (28%), followed by those in the North West (24%) and South East (23%).

Retirees in Wales (16%) and in the North East (17%) were the least likely to have spoken to a professional finance adviser prior to retiring.

Shona Lowe, Financial Planning expert at abrdn, said: “It’s alarming to see gender disparity and regional variations when it comes to seeing who is seeking advice on their retirement. As an industry we have a duty to change this by making advice accessible and demonstrating its value.

“Although there is a wealth of material available online, and speaking to those around you is often helpful, we want to encourage more people to consider the benefits that personalised financial and retirement advice could bring to them.”

Separate research from Canada Life found that the biggest influences on long-term Financial Planning for UK savers are family (54%), friends (22%) and financial advisers (17%).

However, more than one in five (22%) surveyed by Canada Life thought advisers should have a bigger influence.

The Canada Life research found that despite 72% of consumers planning ahead financially, a third (35%) of consumers are currently planning for the future without any guidance from a financial adviser.

The research also found that when it comes to Financial Planning, ‘long-term thinking’ spans 24 years for consumers.

Research for Canada Life was conducted in partnership with Savanta in July-August 2021, including a survey of over 3,000 UK savers.