Register for Financial Planning Today website for FREE to view more stories and get our daily newsletters. Click on 2 stories to see Registration pop up.
Thursday, 17 February 2022 09:35 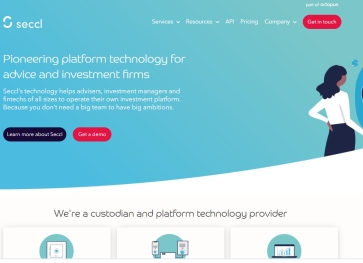 Over two thirds (69%) of financial advisers are considering changing platform provider over the next 12 months, according to new research.

Eight in ten (82%) of advisers said a platform has broken promises made during the sales and onboarding period.

Three quarters (74%) said their teams must often perform tasks they would expect platform technology to do for them.

And two thirds (67%) said they felt like their platform provider does not understand the issues they face.

Daniel Marsh, head of customer at Seccl, said: “We regularly hear from advisers and their teams that they feel let down by their existing platform arrangements, as they are forced to pick up the slack of poor technology, fight for continued attention, or be on the hook to explain platform pricing decisions that are out of their hands.

“These findings put some stark numbers to that sentiment – and suggest that more and more firms might look to wrest back control of the relationship over the coming months and years.”

Research was conducted by Opinion Matters on behalf of Seccl among 250 UK advisers who use an investment platform between 11 and 17 January.