Register for Financial Planning Today website for FREE to view more stories and get our daily newsletters. Click on 2 stories to see Registration pop up.
Monday, 21 February 2022 12:41 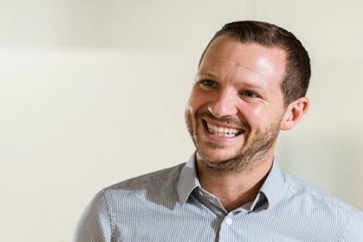 The platform and SIPP provider has warned that the idea risks “hard-wiring” inertia and could mean poor outcomes for non-workplace pension savers.

The FCA closed its consultation on ‘Improving outcomes in non-workplace pensions’ on Friday 18 February.

Under the FCA plans, if confirmed, non-workplace pension providers could be required to offer non-advised customers a default fund that also incorporates ‘lifestyling’ in later years.

The FCA is concerned that many pension savers with individual, non-workplace pensions, such as SIPPs or personal pensions, are not engaged with where their money is invested and may fail to make appropriate ‘lifestyling’ decisions later in life, exposing themselves to too much risk.

However AJ Bell says lifestyling – where members are automatically ‘derisked’ as they approach retirement - is from a ‘bygone era’ where most savers bought annuities.

It says offering savers a single default fund risks encouraging savers to leave their pension alone, a move which could be agains their interests.

AJ Bell wants to see pension savers offered a, “small range of risk-managed, multi-asset funds”. It said this would lead to better retirement outcomes for non-advised customers in non-workplace pensions.

Tom Selby, head of retirement policy at AJ Bell, said: “Having a default investment solution could help improve outcomes but a single default fund which incorporates lifestyling is not the optimal solution. The danger with offering a single default is that people who might otherwise have engaged will simply opt for the easiest option. This could mean people end up investing in a sub-optimal fund for decades.”

“In short – the most popular sector for retail investors making an active choice significantly outperformed funds in a sector primarily containing investors not making an active choice. This is likely because default funds by their very nature have to be lower risk to take into account the varying needs of those who invest in them. And in trying to please everyone, they often leave large numbers of people out of pocket.

“Instead, AJ Bell believes providers should have flexibility to create their own investment solutions designed for the types of non-advised customer that use their products. This would allow firms to offer a small range of risk-managed funds to better suit differing customers’ needs.”

He said the FCA proposal for built-in pension fund life-styling was also based on a time when people converted their entire pension into an annuity.