Register for Financial Planning Today website for FREE to view more stories and get our daily newsletters. Click on 2 stories to see Registration pop up.
Tuesday, 22 February 2022 09:01 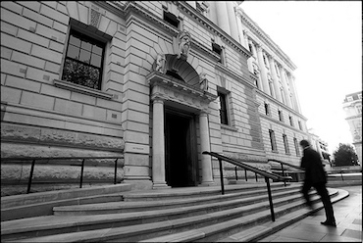 The latest monthly figures from the Treasury showed a continuation of the sustained rise in IHT receipts as more are dragged into the IHT net.

The rise has been driven mainly by sustained property price growth and asset price inflation.

Shaun Moore, tax and Financial Planning expert at Quilter, said more people risk being caught out by a hefty IHT bill with the average UK property now only £50,288 short of the standard nil rate band.

He said that the residence nil rate band, introduced in 2017/18 to account for house price growth, has led to an “incredibly complex IHT system” which is both “poorly understood” and “poorly planned for”.

He called on the Government to rethink IHT to make it easier to understand.

He said: “Perhaps now is time for a rethink of IHT to make the regime as easy to understand as possible for IHT payers.

“While less than the current combined nil rate band and residence nil rate band, it would be considerably less complex for estates to plan for and It would increase fairness in the system, given the RNRB is only claimable when the family home is inherited by lineal descendants.

“And with sustained inflation, the nil rate band increased with inflation will eventually converge with the combined nil-rate band and residence nil-rate band:

“Surely some simplification can be found by only having the one nil-rate band, which is reflective of house price growth and inflation?”

Julia Rosenbloom, tax partner at Smith & Williamson, said the Chancellor's next Budget could see direct or indirect changes to IHT.

She said: “The Chancellor’s next Budget could bring in changes to personal taxes that may affect the feasibility of families passing wealth to the next generation and, accordingly, the level of IHT payable. While we wait for confirmation as to when the next Budget will actually take place, it’s important for families to think carefully about their tax planning and take professional advice to ensure they use their current allowances before any possible changes are introduced.

“Even if no direct changes are made to IHT in the next Budget, many families can still expect to see increased IHT bills in the coming years given both the nil rate band and residence nil rate band have been frozen until at least April 2026. This is bringing more estates into scope on the back of rising property values in particular. By planning ahead, there are a number of areas where an IHT bill could be reduced or eliminated. For example, families could consider investing tax-efficiently and making gifts to family members.”

More in this category: « Progeny buys RU Group in “highly significant” deal 1 in 3 advised clients expect out of hours contact »
back to top