Register for Financial Planning Today website for FREE to view more stories and get our daily newsletters. Click on 2 stories to see Registration pop up.
Wednesday, 23 February 2022 11:12 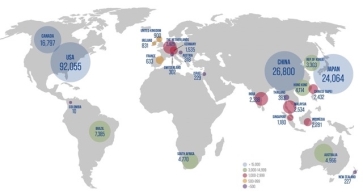 The pandemic has failed to dent the global growth of Certified Financial Planner professionals worldwide although UK numbers remain static.

The Financial Planning Standards Board (FPSB), the standards-setting body for the CFP designation outside the US, says numbers of CFP Professionals globally grew by more than 10,550 last year to reach 203,312.

Brazil saw particularly strong growth of 36.4% to 1,971 CFP Professionals. There was also strong growth in China, India and Indonesia.

The US leads the pack globally with 92,055 CFP Professionals, next comes China with 26,800 and Japan with 24,064. Other major territories for CFP Professionals include Canada, Australia, South Africa, Hong Kong, South Korea and the Netherlands. 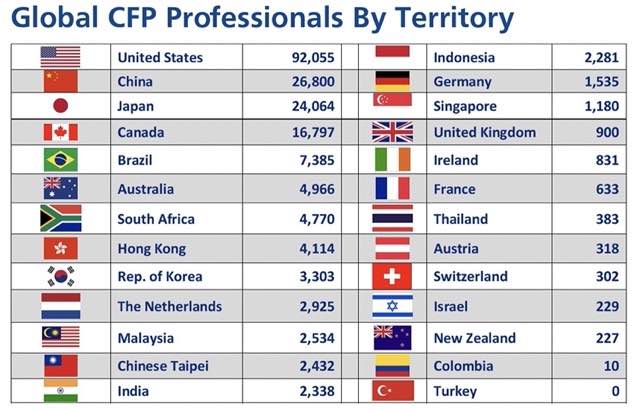 In the UK competition from the more widely used Chartered Financial Planner designation provided by the CII has kept CFP numbers down.

The CISI has introduced a number of  initiatives in recent years to boost numbers, including a revamped exam, a new Level 7 qualifications and more training initiatives.

“There are 905 UK CFP professionals, which is a growth of 37 since last year, with over 200 in the pipeline studying for the CFP examination. In March 2022 the CISI is launching a new pathway for professionals with the Chartered Insurance Institute (CII) Chartered qualification, in recognition of the fact that they have already been awarded high level technical qualifications.

"For these candidates, the CISI level 6 exam will be replaced with an online professional assessment, and provide a flexible and fasttrack alternative to the Financial Plan. Details on the launch presentation can be found on the CISI Website."

Talking about the global numbers, FPSB CEO Noel Maye said: “We’re pleased to report that, despite the Covid-19 pandemic, momentum in the global growth of CFP professionals remains strong and is increasing”

“Last year, the number of CFP professionals reached the highest ever, with growth from emerging, developing and mature markets demonstrating the broad appeal of Financial Planning and CFP certification worldwide.”

• Editor's Note. Story updated to correct change in UK CFP numbers from 2019 to 2021 to 3 (not 13 as originally stated). Additional UK CFP data added too.

More in this category: « Second credit union goes bust this year  ‘Ideal’ retirement income is £22,500 a year  »
back to top