Register for Financial Planning Today website for FREE to view more stories and get our daily newsletters. Click on 2 stories to see Registration pop up.
Thursday, 24 February 2022 10:32 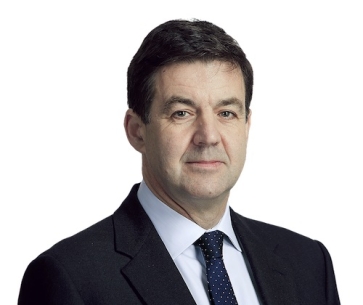 Fund manager and wealth manager M&G has appointed mergers and acquisitions legal expert and Treasury board member Edward Braham as its new chair on an annual fee of £525,000.

He will take up his new role on 14 March from Fiona Clutterbuck, interim chair since January 2021. She will now resume her role as senior independent director.

Mr Braham has been a senior partner at law firm Freshfields Bruckhaus Deringer for many years and has been global head of its corporate practice. He has worked for Freshfields for over 26 years.

He went to Eton school before taking a degree in Civil Law at Oxford.

While a senior partner at Freshfields he headed the firm's growth in the US, including establishing a new office in Silicon Valley. He also led on culture, diversity and ESG. He has advised major companies on corporate deals including takeovers, mergers and corporate restructuring.

He is a leading international M&A lawyer, with experience in several industries, including financial services, M&G says.

The appointment has been approved by the PRA and FCA.

M&G has £370 billion of assets under management and administration and around 5 million retail customers and 800 institutional clients.

Fiona Clutterbuck, interim chair of M&G: "Edward's experience of building international businesses while leading one of the largest global law firms, developing teams, managing stakeholders, as well as his strong transformational track record, make him a compelling choice for M&G."

Mr Braham said: "It is a privilege to be joining M&G at this point in its history. M&G's capabilities, along with its reputation as a responsible and thoughtful investor, provide the foundations for long-term success, for the benefit of all our stakeholders."

John Foley, chief executive of M&G, said: "I am delighted to welcome Edward to M&G and would like to thank Fiona for her leadership as interim chair for the past 15 months. Edward's experience as an adviser and from leading a large and complex global professional services firm will be invaluable to M&G as we pursue our strategy for sustainable growth."

More in this category: « Chartered Planner to be MD of £1bn FUM business Jupiter profits up 21% after Merian takeover »
back to top