Register for Financial Planning Today website for FREE to view more stories and get our daily newsletters. Click on 2 stories to see Registration pop up.
Monday, 28 February 2022 08:49 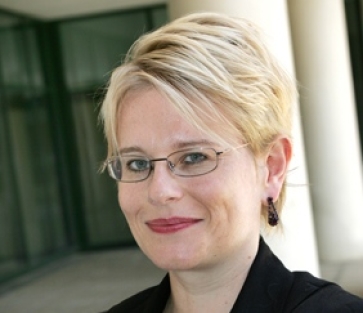 Former Financial Ombudsman CEO Natalie Ceeney has joined the board of LV= as a non-executive director.

She joins the mutual at the same time as Suzy Neubert, a director of Witan.

LV= has also confirmed that Alan Cook has today stepped down as chair of the company with Seamus Creedon becoming interim chair with immediate effect.

Mr Cook decided to step down after a £530m private equity bid to acquire LV= was rejected by members who failed to vote in favour in sufficient numbers.

Subject to regulatory approval Ms Neubert and Ms Ceeney will join the board on 1 March and replace David Barral, Alison Hutchinson and Luke Savage who confirmed their intention to step down earlier this year.

Natalie Ceeney was CEO of the Financial Ombudsman Service between 2010 and 2013 and has held non-executive roles on the boards of FCE Bank, Anglian Water Group, Innovate Finance and Countrywide plc.

Seamus Creedon, LV= interim chair, said: “I would like to place on record my gratitude to my outgoing colleagues for the service they have given LV= during their time on the board. Our members benefit from a thriving and successful LV=.

“As interim chair, my first task in refreshing the board was to bring in new directors who will continue to develop LV= as a growing mutual insurer. In Natalie and Suzy we have two highly experienced, independent directors who will bring a wealth of expertise to the board.

“The process to recruit a permanent chair is also underway and we are seeking an established chair with extensive commercial and technical knowledge of life insurance or wider financial services and experience of diverse business models.”

Ms Ceeney said: “LV= is an historic brand with an impressive history and strong heritage. I look forward to working with board colleagues to grow and develop LV= as a sustainable mutual insurer, putting customers at the heart of LV='s future.”

Ms Neubert said: “This is an exciting time for LV= and an opportunity to put the company on a stronger footing for the benefit of our members, employees and our wider communities. It’s a story of which I will be proud to play a part.”