Register for Financial Planning Today website for FREE to view more stories and get our daily newsletters. Click on 2 stories to see Registration pop up.
Monday, 28 February 2022 11:47 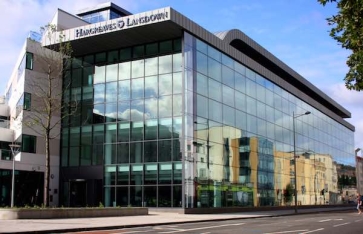 A third of UK pension savers are concerned about the constant tinkering with retirement rules by governments and regulators, according to a new report.

Three in ten said constantly changing rules made them nervous.

Investment volatility was also an issue for a quarter of the savers surveyed.

Potential lifetime allowance breaches were a concern for 12% of the savers surveyed by Hargreaves Lansdown.

A further 12% were worried that they are not saving enough for retirement.

Not contributing enough was the key concern for savers between 30 and 54, whereas the constant tinkering with pension rules was the main concern of the older age groups.

Helen Morrissey, senior pensions and retirement analyst at Hargreaves Lansdown, said: “Tinkering with rules has been a hallmark of the pension industry in recent years with lifetime and annual allowance thresholds being slashed and then frozen.

"The introduction of tapered and money purchase annual allowances have also thrown a spanner in the works for those on high salaries or who have accessed a pension, as they prevent them from making significant further contributions. It’s no surprise that this constant tinkering has got people worried.

“Pensions are a long-term game and many of these changes have been introduced at short notice and in a piecemeal fashion rather than as part of an overarching strategy. It’s understandable that people are wary of what might be around the corner, and this affects their retirement planning. Any further changes to pension tax relief needs to be done as part of a wholesale considered review rather than tinkering around the edges and the unintended consequences it brings.”

More in this category: « PFS members call for return of CEO role Net flows from advisers double for Abrdn platforms »
back to top