Register for Financial Planning Today website for FREE to view more stories and get our daily newsletters. Click on 2 stories to see Registration pop up.
Tuesday, 01 March 2022 09:02 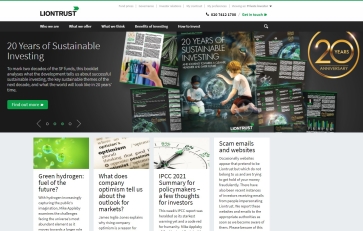 JP Morgan and Liontrust have suspended funds exposed to Russia following the invasion of Ukraine.

Liontrust has suspended dealing in the Liontrust Russia Fund.

The fund manager said it had “not taken this action lightly” but believed that the suspension was “in the best interests of all investors given the events of the past few days”.

It made the decision following discussions with the fund’s depositary.

JP Morgan Asset Management (JPMAM) has also suspended the trading of three funds as a result of the war.

JPMAM said it had suspended trading in the funds due to the “escalating conflict” between Russia and Ukraine as “local market trading conditions are not currently operating as they normally would do”.

Both firms said the suspensions will be reviewed on an ongoing basis.

More in this category: « Net flows from advisers double for Abrdn platforms Assets on GBST platform solution grow 18% to £180bn »
back to top